The Dovecote in Uxmal

West of the Great a Pyramid in Uxmal, the Dovecote, also known as House of the Pigeons (Casa de Palomas in Spanish) is the name given to the northern enclosure of an amphitheater courtyard bordered by multi-chamber, long-range palaces which mostly lie in ruins.

The Dovecote is the best-preserved structure in the entire complex which itself is only one-third of a greater acropolis composed of a rising series of courts and their surrounding buildings, collectively known as the South group or Pigeons group in Uxmal.

The cluster lies at the south end of the main axis of the central portion of the ancient city of Uxmal and is intimately linked to the north group by a causeway that is nearly undetectable by the casual tourist. The southernmost extremity is marked by a now dilapidated pyramid which last stood erect when Sylvanus G. Morley first described and mapped the site in 1910. 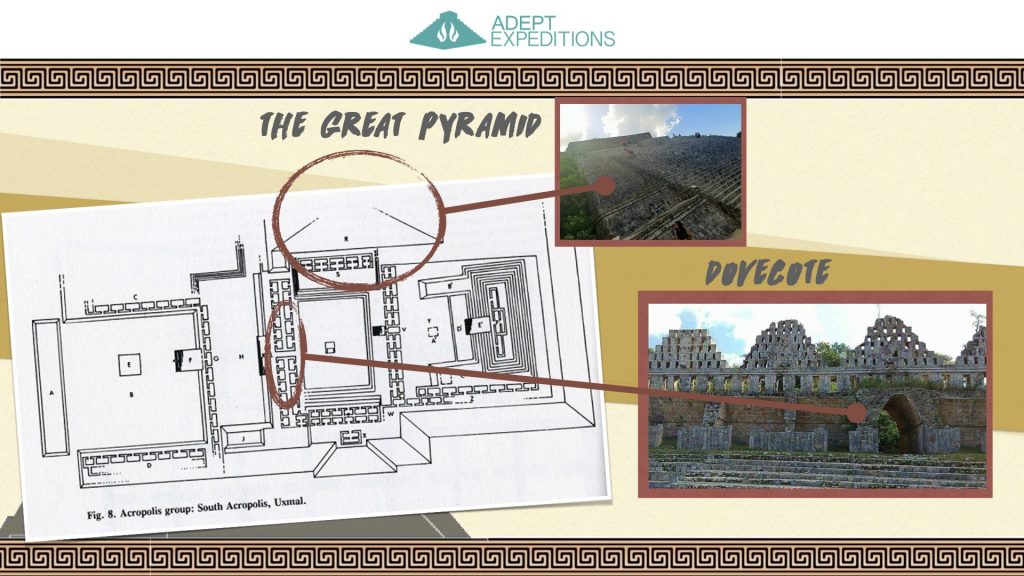 Of all the remains in the Pigeons Group, the most staggering is the Dovecote. The name comes from its most prominent feature, a gabled roof comb comprised of nine triangular units with perforated apertures that resemble a dovecote with its many holes used by birds for nesting. While the intent of this structure was not to house birds, it houses one of Uxmal’s best-kept secrets.

Víctor Segovia investigated the astronomical functions of the Dovecote and concluded that the undulating crest marks the movement of a serpentine shape that crawls along the ground and enters the vegetation on the platform of the plaza. The phenomenon of light and shadow interplay in Uxmal is without question as astonishing and as important as that of Chichén Itza and yet it remains unpublished – until now. This blog article along with my debut book — which honors the work of Segovia — marks the first official publication of this discovery in the English language.

Like the North group and the Cemetery Group, the Dovecote is what scholars consider an amphitheater court, defined by George Kubler as a barrier of mounds that frame a courtyard on three sides while the fourth side has a dominant temple platform.

A grand staircase leads upward to the beautiful central portal vault which then passes through the building providing the chief access to the enclosed, central courtyard while the protruding struts spread across the upper roof comb. The struts serve as evidence that large figures molded from stucco once spread across the entire facade. It is unfortunate that they have been destroyed or removed because they could’ve provided us with more insight into the silent past of the people who sculpted them. If you look closely you can still see the feather work spray of their headdresses.

The Pigeons Group is typologically earlier than the free-standing block design of the Nunnery Quadrangle and the Governor’s Palace which according to Jeff Karl Kowalski, author of The House of the Governor may have been a responses to the earlier model. The range type buildings in the Pigeons group are generally less fine than that of the Nunnery Quadrangle, and the stepped fret roof comb of the Dovecote supported stucco sculptures, Both of which confirm earlier placement. The roof comb is faced with typical veneer masonry which is characteristic of pure Puuc architecture, and as Kowalski points out “almost certainly dates no earlier than 750-800 AD.” INAH (National Institute of Anthropology and History) has officially assigned a date between 900-1000 AD to the Dovecote.

History of the Dovecote in Uxmal

While the expedition of Frank Lloyd Stephens and Frederick Catherwood produced some on-site drawings of the Dovecote between 1839 and 1842, it was not until 1910 that the site was seriously mapped and described in some detail by Sylvanus G. Morley.

For the most part, the south group remains in the same poor state of preservation as it did when Morley first examined it. Nevertheless, the Dovecote has been studied by a number of experts including the German anthropologist Eduard Georg Seler in 1917, the American-Russian Mayanist, Tatiana Proskouriakoff in 1946 George F. Andrews in 1975 and Harry Pollock in 1980. 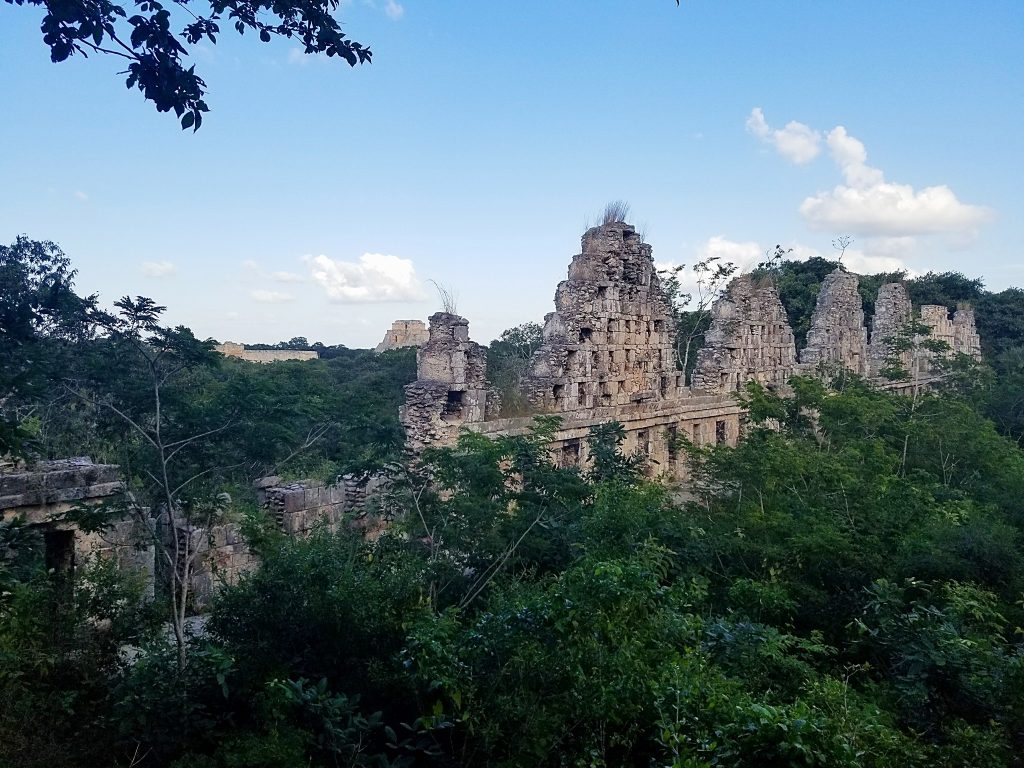 In 1968, Cesar Saenz and his team from INAH partially excavated and consolidated the great central roof comb. While this lesser known monument separates two of the three sacred plazas from the profane world outside, the majestic Maya masterpiece and its little known secret is not to be missed.

Location of the Dovecote in Uxmal