Osiris, Ausser–or Wizzer (Wsjr), is the original Green Man–he is the land and the earth in his representation of mankind migrating through cycles of consciousness. He is the seed, self, sun and universe, enabling consciousness to express itself as a manifestation in the physical, earthly realm.  As such, he is associated with all phases of agricultural processes and to the symbolism of the tree of life. He is expressed as green in many depictions to represent these associations and their relationship to the fertility of the earth, his dual feminine aspect.   It is through the portal of our solar plexus, the Lion’s Gate, and our true heart center, that we traverse the dimensions from spirit to matter, from unity consciousness to individuated consciousness and back again.  This is the ‘Hero’s Journey’ that is likened to the path of the Sun across the sky. 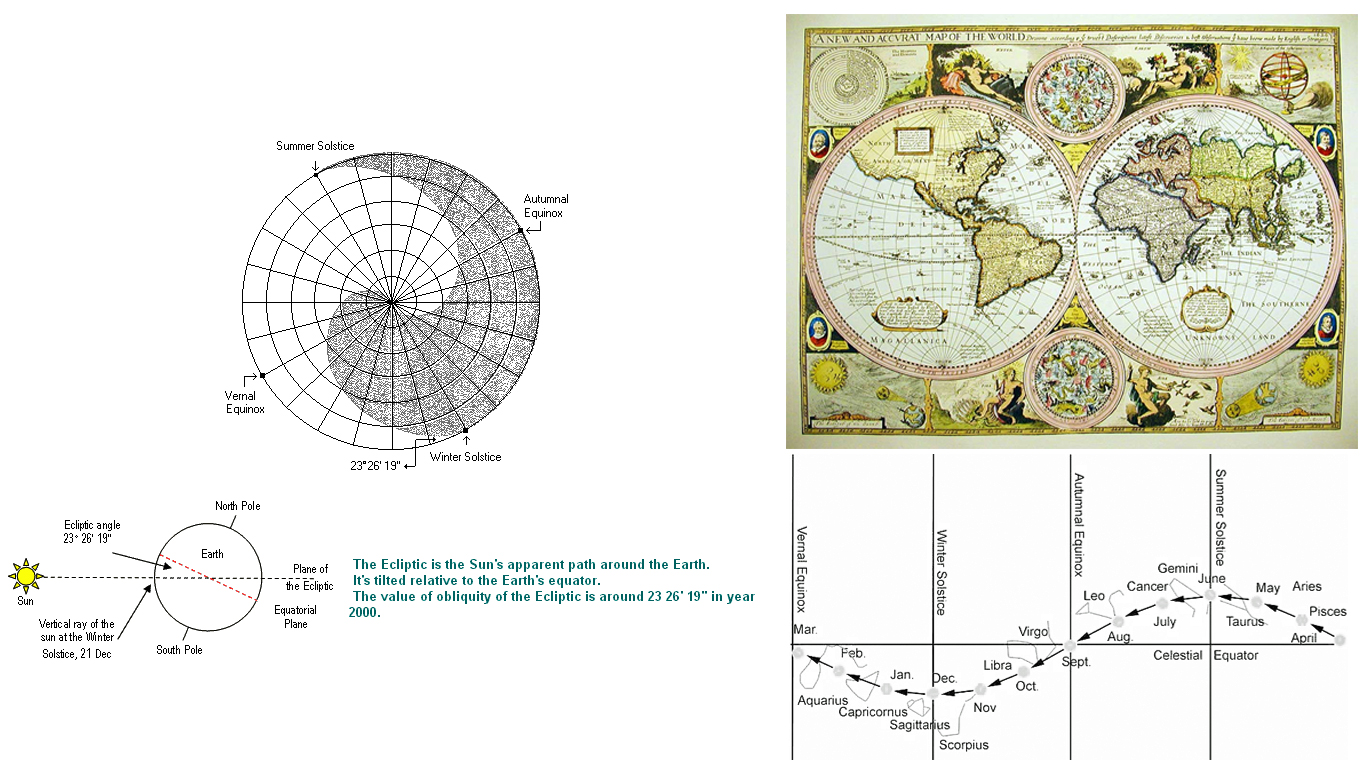 The Tarot, which originated in Egypt, tells the story of Osiris. The Fool is Osiris (manifestation of the physical) who emerges from and sails the primordial waters of Nut, the sky, shown here in the first image in the picture below.  Osiris is looking back here as he leaves the higher vibrational ages of Cancer and Gemini, before his descent into matter (the material, physical reality) in the age of Taurus and he begins his journey as the seed that is planted in the earth cloaked in the darkness of a new night cycle.

Osiris is leaving a state of unity consciousness and beginning his descent into the earth bound reality as he sails across the ecliptic or path of the sun, through the process of separation and into the polarity consciousness of Gemini toward the Age of Taurus, where spirit is made manifest in a densely physical dimension.

The second image is from the Dendera Zodiac on the second floor, which depicts this same adventure in a three-dimensional, spiraling image. You can see Osiris again in the lower right hand corner beginning his journey as the seed in the Dark Age that will be fertilized and reborn as his ascended  aspect, Horus, who will continue this journey until he earns his wings and flies back into the higher dimensional day cycle.

“He is the spirit in search of experience…it’s subsidiary name was at one time the alchemist as depicting folly at the most insensate (unconscious) stage”.    ~ Arthur Edward Waite, Co-Author, Rider-Waite Tarot Deck

These stages can be related to the planting of a seed in the dark earth where it germinates and takes root, is nurtured by the minerals and water of the earth before breaking through the surface where the new seedling as it seeks the light of day before spreading its branches (wings) and flying into the light of the sun.

Those of us who grew up seeing and/or reading copies of the Farmer’s Almanac know that the success of planting and harvesting activities can be greatly affected by the stages of the moon, as well as stellar and solar events. Osiris is related to agriculture and the 14 stages of the moon waxing and 14 stages of waning for this reason. 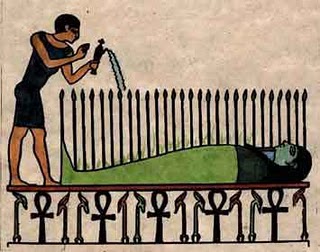 In a popular myth about Osiris, the Neter, Set, symbolizing sunset, is jealous of his favoured brother and sets out to kill him. He eventually cuts his brother’s body into 42 pieces (or 14 in a later telling) and scatters the pieces throughout Khemit.

This occurs when the sun sets on the day cycle and we fall into the hidden cycle of Amun/Amen. The 42 pieces represent the Nomes or divisions of the land of Egypt and the original 42 tribes.  It describes what occurs as consciousness falls and we can no longer communicate without the use of written and oral languages. Our hearts and minds no longer vibrate in unison and we can be manipulated through control agendas.

Osirus is now depicted as a mummy, but, in truth he is only wrapped in his own wings and earthbound. Humanity can now be held hostage by their fear and anger through separation principles; from a God who they are now told exists outside themselves and from each other and the natural environment that surrounds us. We have forgotten the unified nature of all of lifeforms. 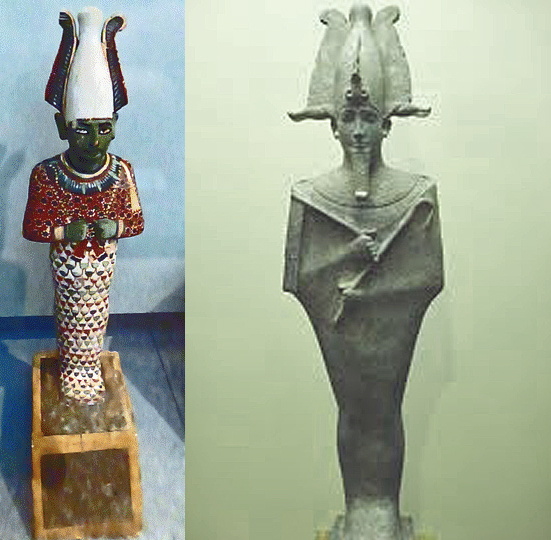 His journey takes him through the process of death, birth and rebirth, as he faces the challenges of the Duat (duality), the underworld of the night cycle.  This is the true alchemical journey we take as we precess through the constellations representing ages or stages of consciousness.  This Sacred Spiral (Spirit) of Birth and Rebirth that gives definition to time and space, shown in the picture below, is also ‘the Land of Osiris’, and portrays the alchemy of mankind migrating through eternal cycles. This sine wave spirals in both directions, creating a vortex of breath wherein consciousness experiences itself.  It is in the Lion’s Gate, the heart, ruled by the Sun and Leo that we finally transmute our polarities and experience unity consciousness.

The cycle of our Hero or Heru continues, as Horus rises on the HORizon as RA-HORachty, the Son or Sun rising as the ascended Osiris.

Osiris is also related to the Djed Pillar, which is his spine and the axis of the earth.  As a vertical symbol, the Djed displays the path to and from the sky and earth, spirit and matter and our own experiencing of heaven and hell. 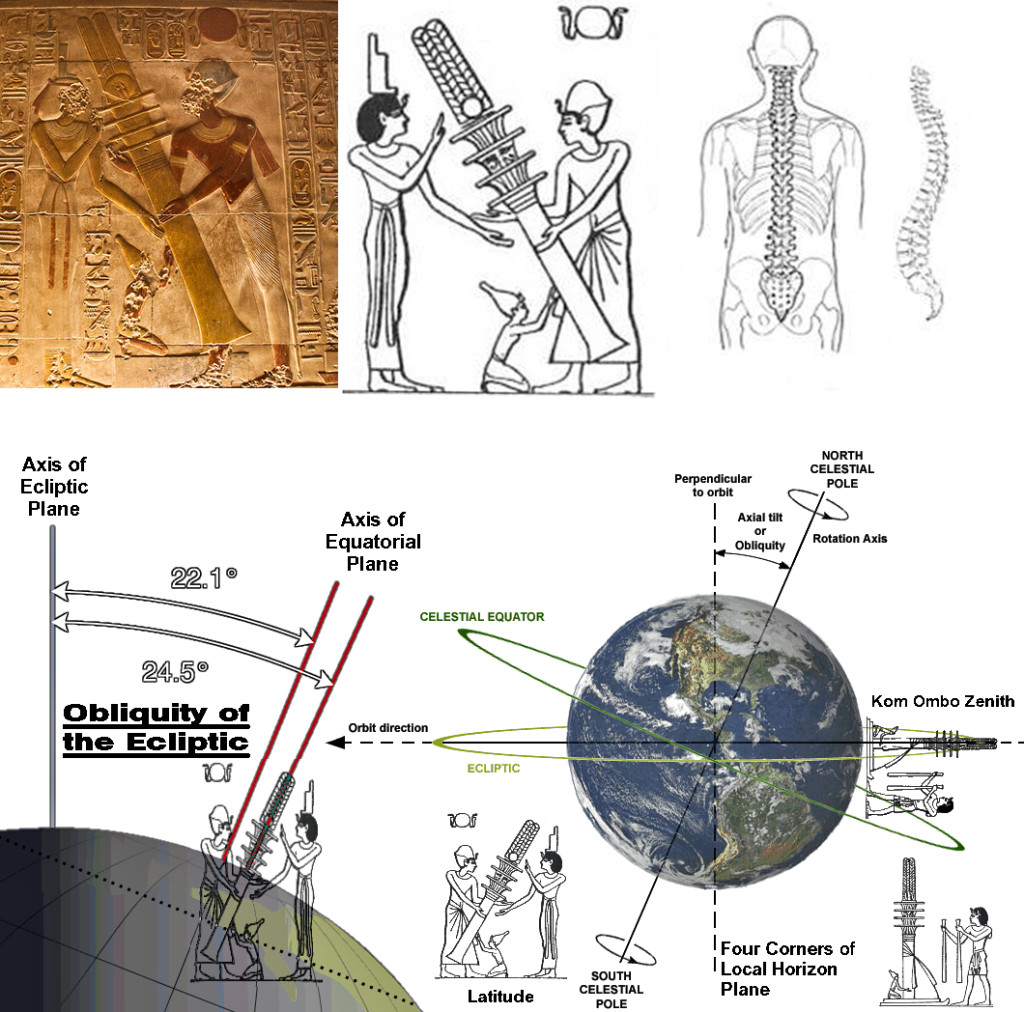 In the above picture you can see what is referred to as the Raising of the Djed ceremony which celebrates a restoration of balance and harmony.  The Djed or spine, can also represent the trunk of the Tree of Life.

Osiris embodies the tree, rooted in the earth and reaching for the heavens.  This is the path of the kundalini moving through our glandular ChakRAs , from the root to the crown .  We choose how we want to interact with this reality by where we place our focus.  We vibrate at higher levels when we raise our levels of consciousness and transmute our polarities within.

You see, we don’t have to wait for our illusions of a linear cycle of time and space to bring us back to a state of complete Gnosis….we are challenged to raise our levels of awareness in any given moment, which can take us to this precious place in a heartbeat.

This article was originally published at Khemitology.com, and has been republished with permission. 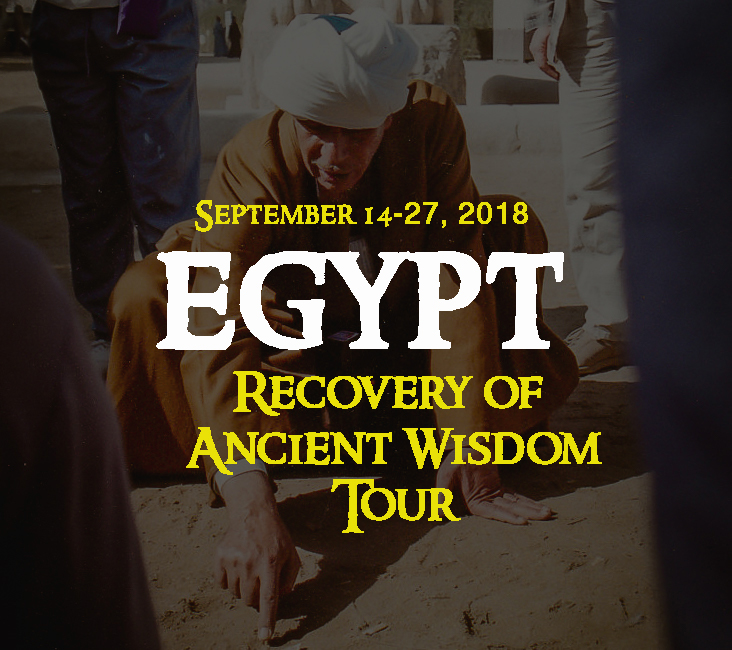