Could these Olmec styled head Motifs at the Enigmatic Mayan ruins of Labna be of Olmec origin?

A new discovery has brought this mesoamerican culture once shrouded in mystery back into popular light. Could these artifacts found a the ceremonial center in the Yucatan Penisula of Mexico be of Olmec origins? Anyextee investigates the mysterious Olmec head motifs discovered at the enigmatic Mayan ruins of Labna. 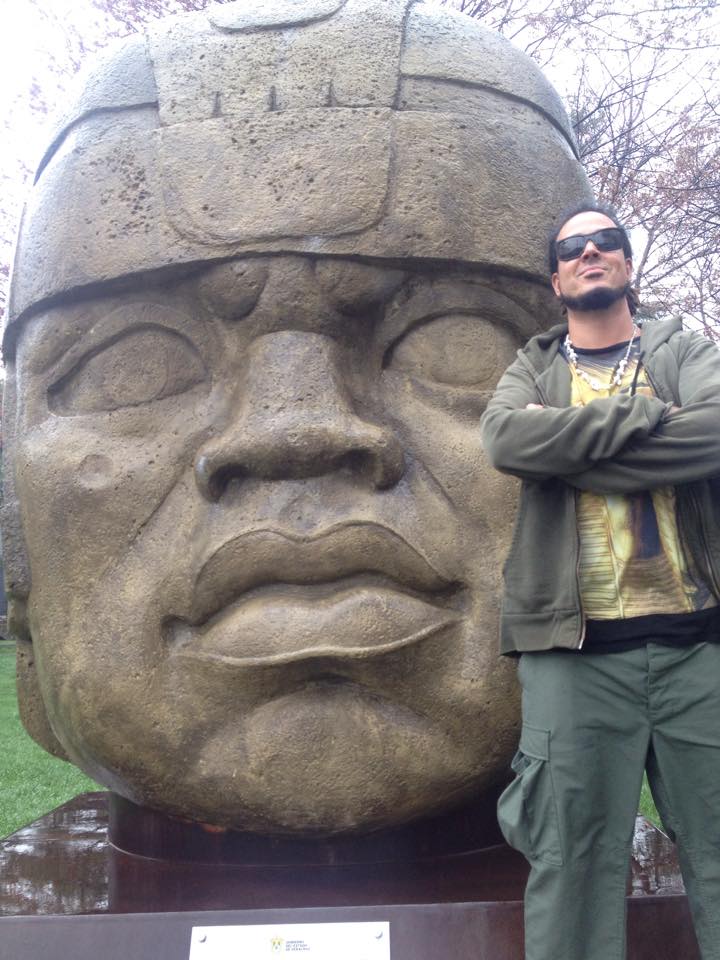 Predating the Maya, Toltec, and Aztec cultures that dominated Mexico, the so-called Olmec
‘mother culture” of ancient America has been widely overlooked in their contributions to the later indigenous cultures that built their civilizations there.

Until this day the origin of the Olmecs of Mexico is one of the most controversial topics for archaeologists and enthusists alike. There are a number of theories that include being of African descent to Asian to having originating on the American continent. The olmec are distinguished by exquisite works of art ranging from detailed jade figurines to 20-ton carved basalt stone heads but noone is certain where they come from. 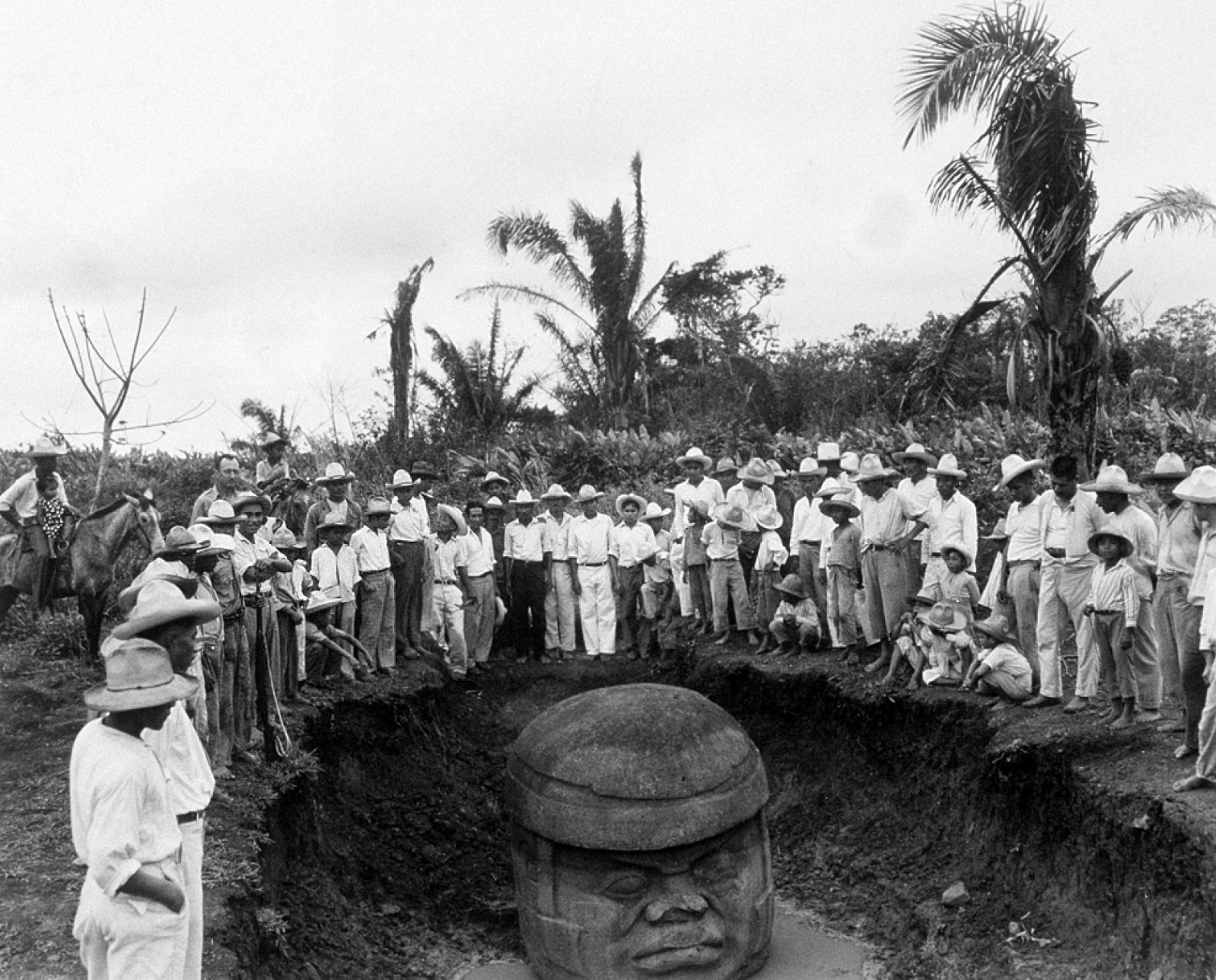 The enigmatic mayan ruins of Labna have an energy all their own. The name can be translated into “Old House” and it was an important Puuc political center. Some maya wisdom teachers have referred to is as the “Walls of Wisdom of mother earth” in the old language and there is a profound spiritual teaching at this ceremonial center that corresponds to this notion. This is discussed in more detail during our annual Mysteries of the Maya community adventure and study trip.

The population of Labna is believed to have peaked at around 4,000 inhabitants towards the end of the classic period. The core of the site is made up of two complexe: The Palace group and the El Mirador Group both connected by a sacbe (white road) running north to south. 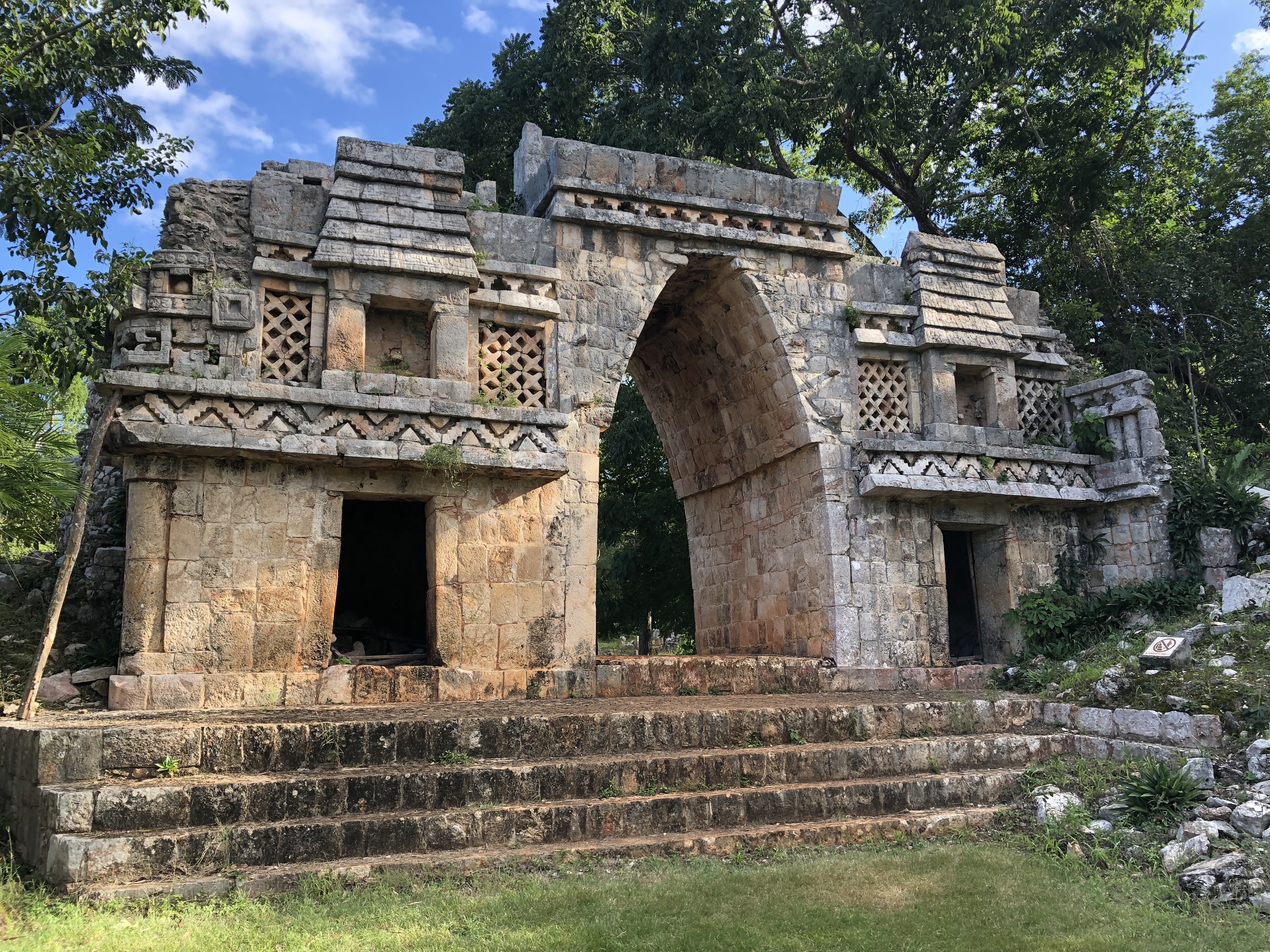 The palace is a two-story building with the lower part of the facade walls immersed in mosaics. The freize is generously decorated with masks, anthropormorphic figures and sacred gemoetrical designs. The symbols are connected with the Maya’s cosmic knowledge of calendars. 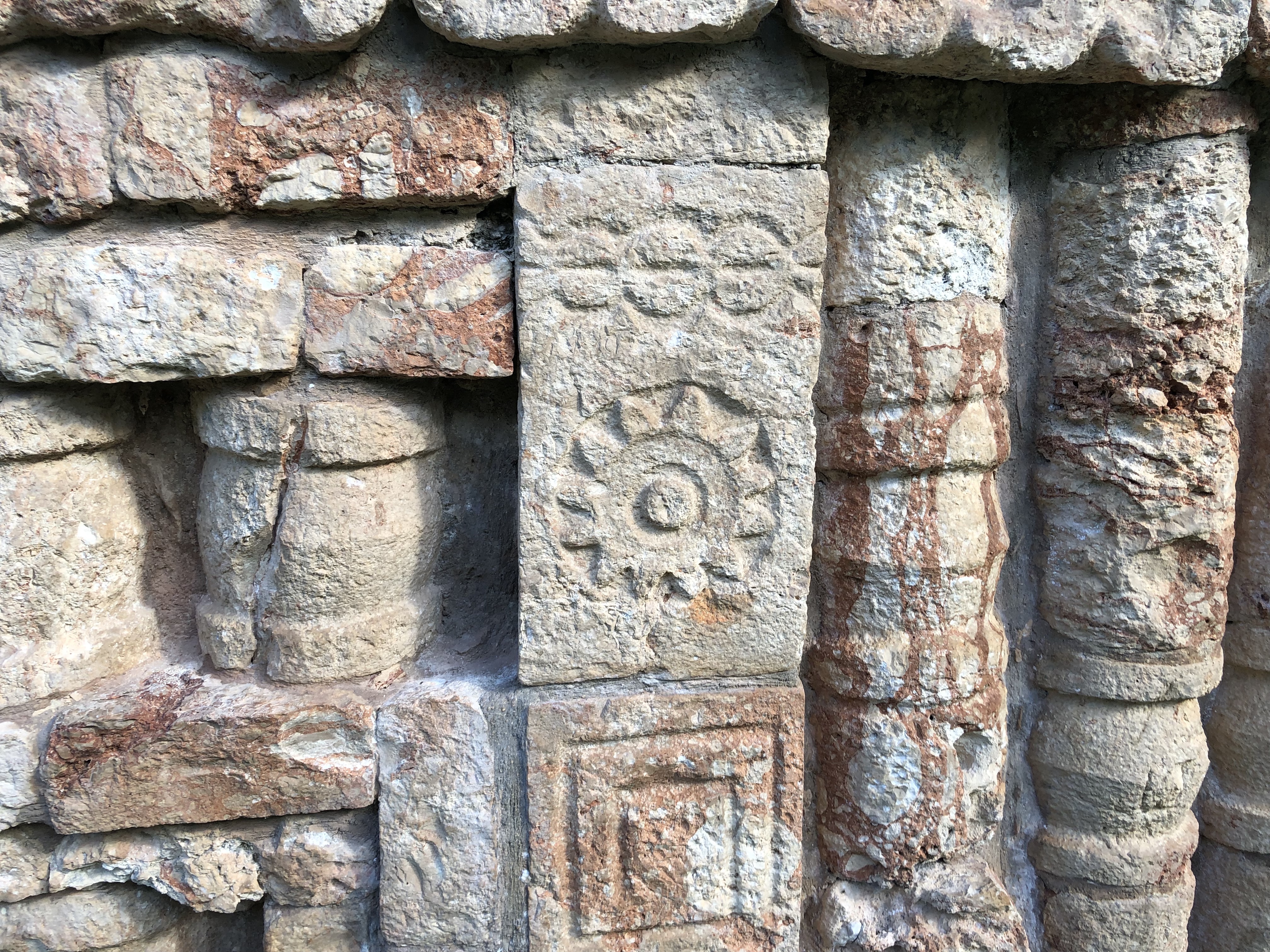 Archaeologists are typically torn between two theories on the subject: Either the Maya developed directly from the older “mother culture” known as the Olmec, or they sprang into existence independently.

Experts have traditionally believed that when the Olmec were busy building their civilization at large sites such as La Venta, near the Gulf coast in modern Mexico, the people who would become the Maya were living in loosely associated nomadic groups in the jungles to the east and southeast. This theory maintains that the Maya derived their entire society—including their architecture and social structure—directly from the Olmec. But the work of a team of anthropologists from the University of Arizona has revealed that the Olmec is not an older civilization. In fact, they demonstrate how the ruins of Ceibal pre-date La Venta by as long as two centuries. And although some Olmec cities are indeed older than both La Venta and Ceibal, they likely did not interact with the Maya.

During an on-site investigation at Labna I noticed these unusual artifacts: 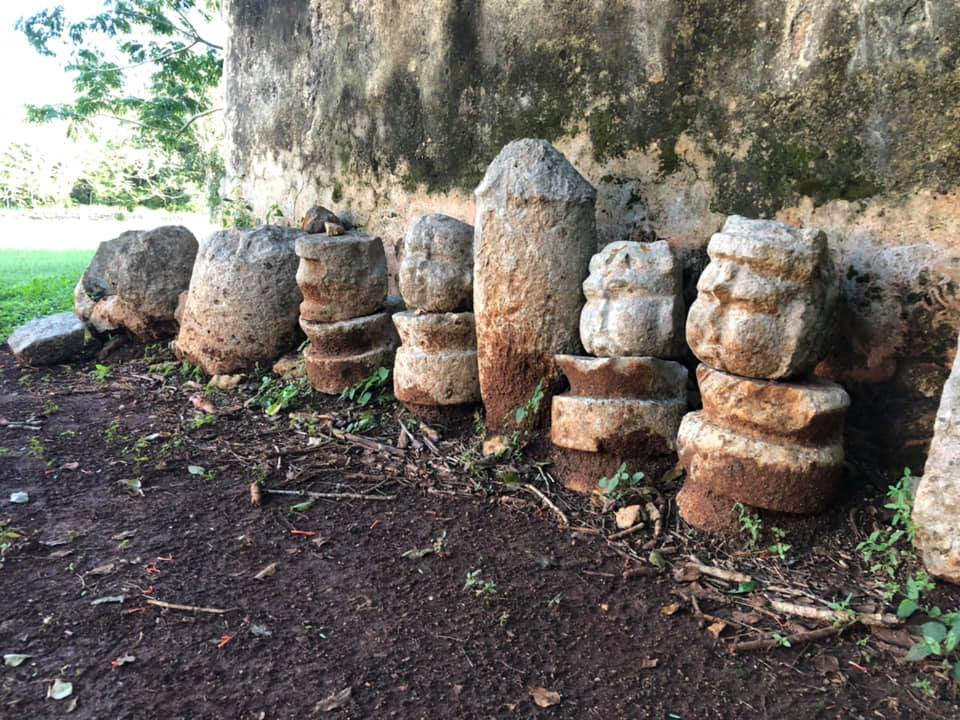 Here we find what appears to be several heads on each side of a phallic symbol. Phallic symbols  are attributed to fertility and commonly found throughout the Yucatan at mayan ruins.

The myserious faces call to my mind the art of the mother culture. Take a look for yourself, can you see the close resemblance to the hollow baby-face motif popular with the Olmec? 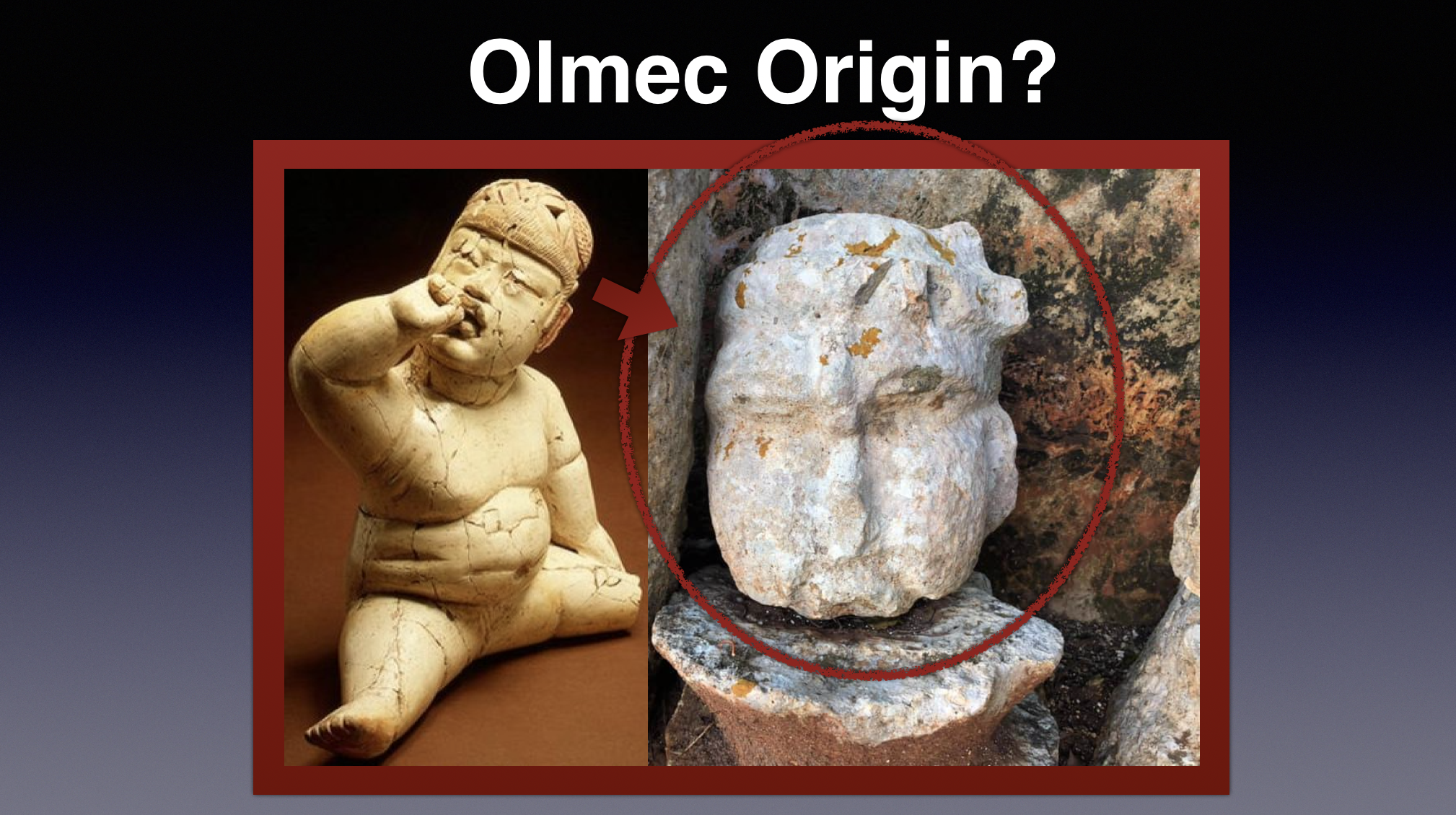 Could these Olmec head Motifs discovered at the Enigmatic Mayan ruins of Labna be of Olmec Origin? 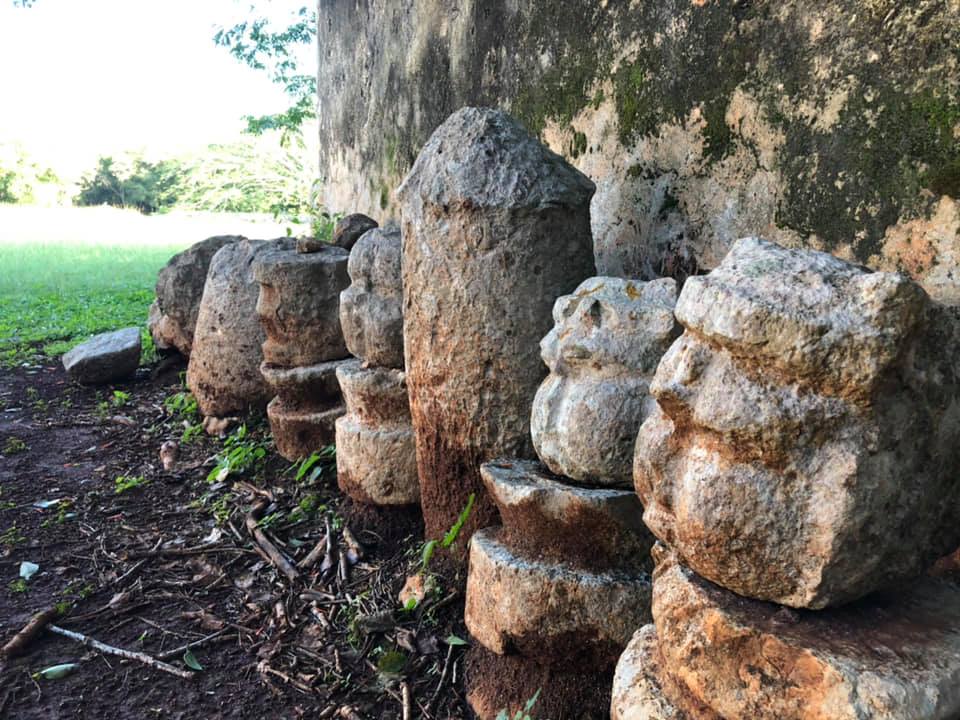 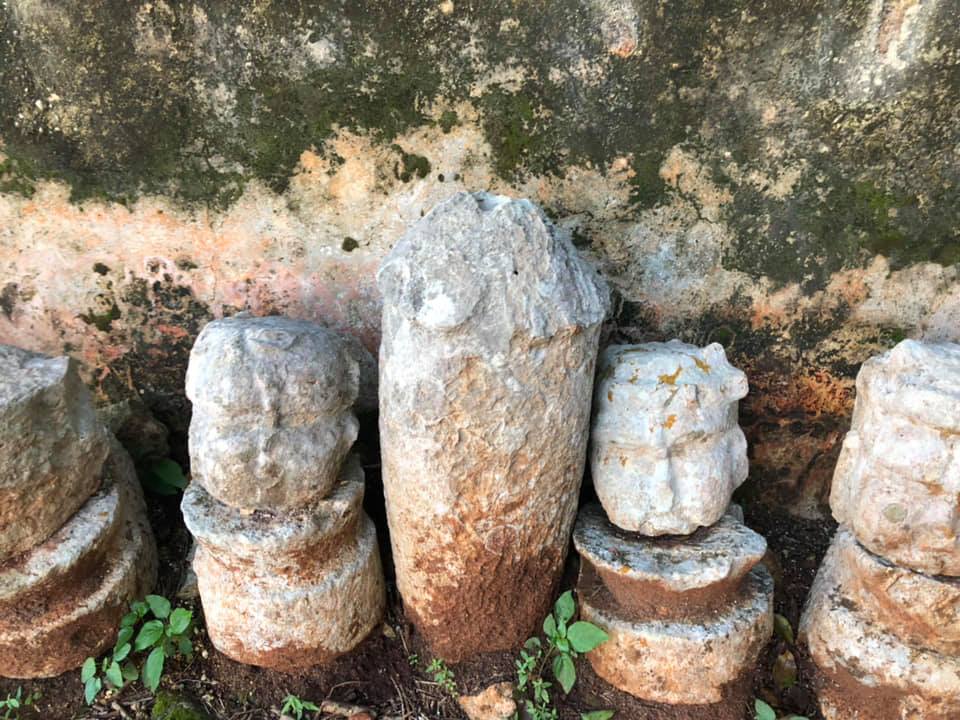 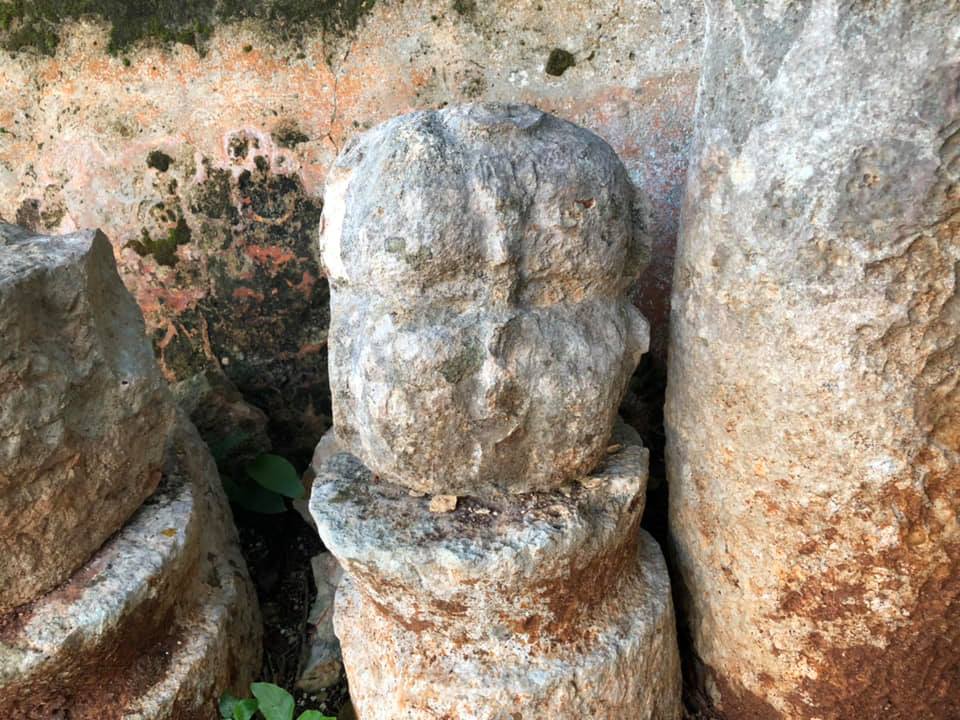 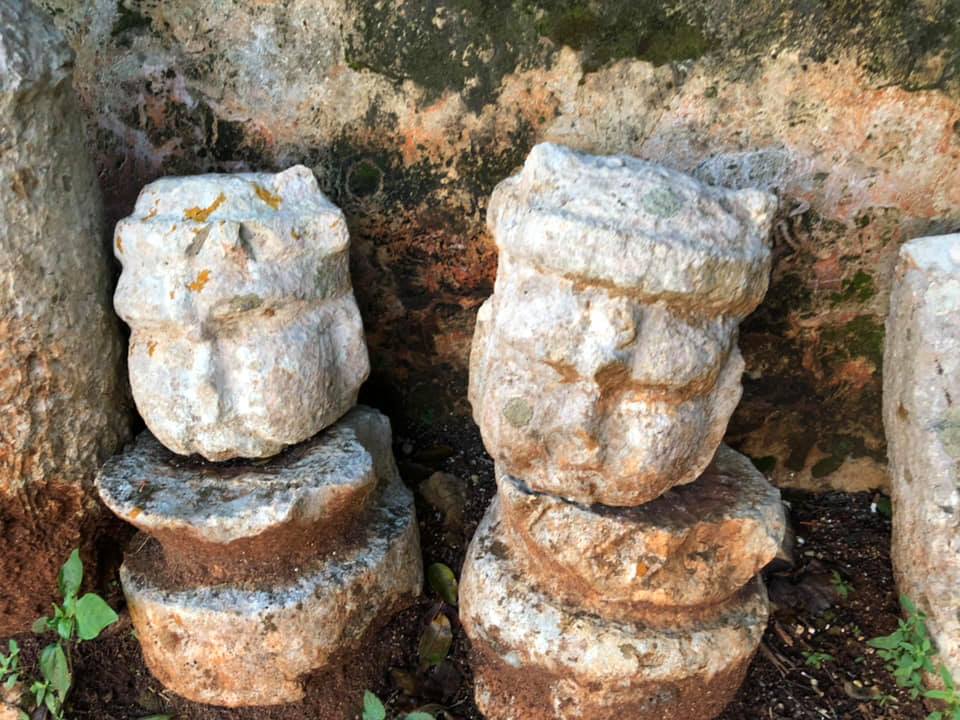 The heads we found at Labna appear to have a protective helmet or headband similiar to what we find on the Olmec colossal heads sculpted from large basalt stones. 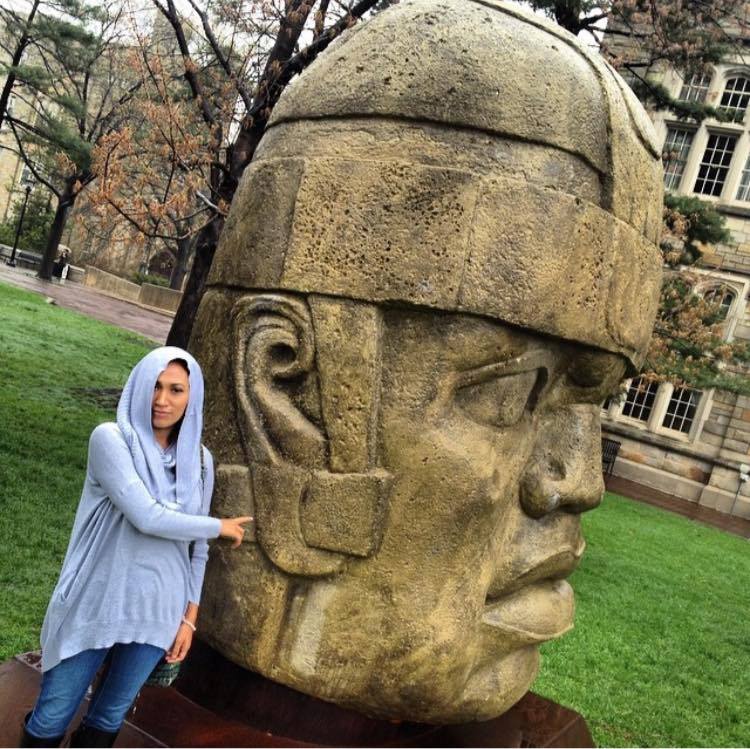 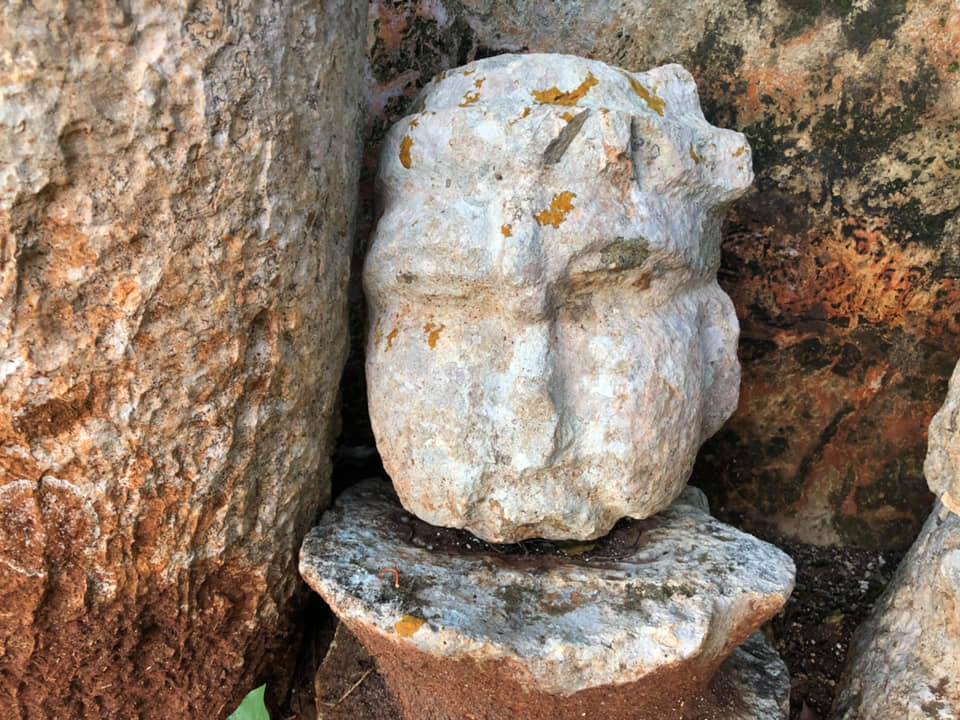 One of the recurring themes that distinguish Olmec art, is that humans are often depicted with “baby face,” with plump bodies and chubby, pouty facial features. The artifacts at Labna do not have bodies but their faces could be considered chubby with pouty face expressions. This would set them apart from the traditional images of the Maya.

It could be said that the colossal heads of the Olmec are the most recognizable symbol of the Olmec civilization. It’s really no wonder why authors often refer to them as “colossal” as a way to describe these monoliths. While the heads at Labna are neither monolithic nor colossal in size they do project an aura of strength and power with their round heads.

“At its heigh some of the most magnificent and awe-inspiring sculptures ever discovered in Mexico were fashioned without the benefit of metal tools.” 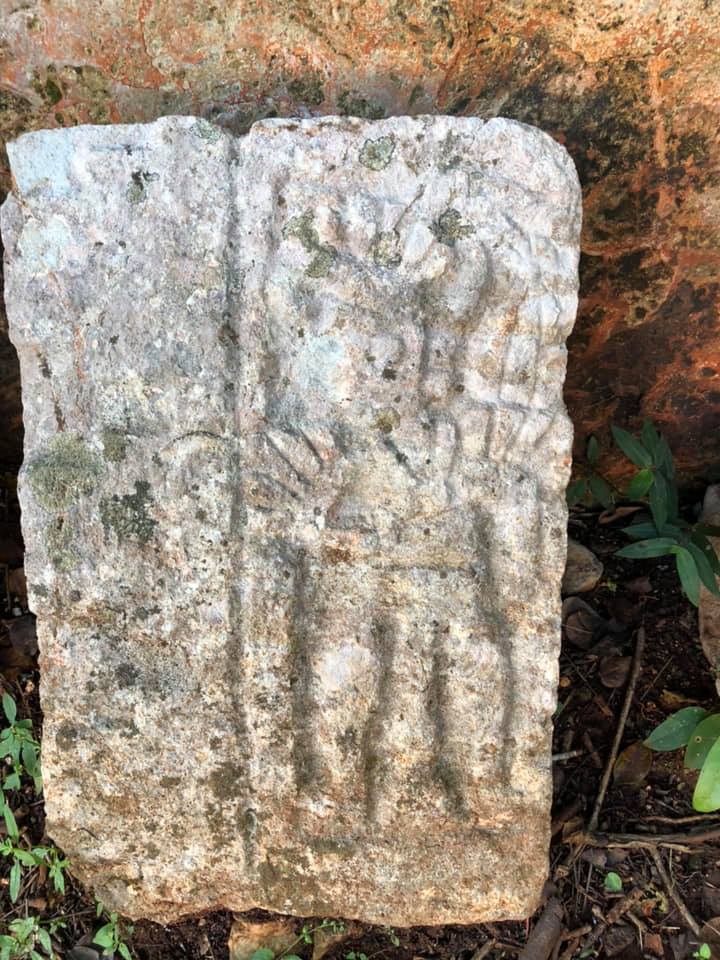 Is this of Mayan or Olmec Origin?

The erosion to the stone makes it hard to determine the bigger picture. Archaeologists attribute Labna exclusively to the Maya but given the characteristics of the Olmec-like heads discovered at this site I would say that its reasonable conjecture to suspect Olmec origins.

Its interesting to note than an authentic Olmec head turned up in the nearby cave of stone flowers. The little known olmec head is one of the most prominent features at the archaeological site of grutas de lol tun. This could establish trade between the Olmec and Maya or could could this be a remnanat of the earlier Olmec civilization?

More investigation needs to be done.