THE MYSTERIES OF THE MAYA: A Community Adventure & Study Trip of the Ancient Mayan Ruins (November 2019)

We have a once-in-a-lifetime proposition for you.

You are cordially invited to Study & Explore the esoteric aspects of this Ancient Civilization at the Adept Initiates’ 3rd annual Community Adventure and Study Trip:

The MYSTERIES of the MAYA: A Symbolist Tour featuring Anyextee & Karina Ceja

If you’ve been following us for some time now, then you already know that the Adept Expeditions movement is NOT a way for you to simply like, comment, and share some of ancient history’s most spellbinding mysteries but rather experience them – in the flesh! 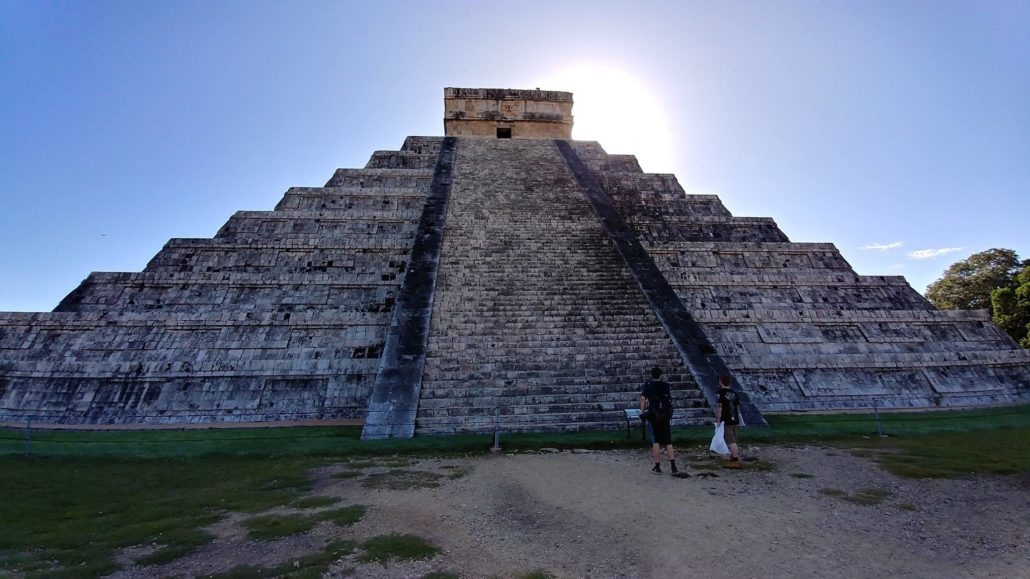 There is no shortage.

We have a steady influx of comparative symbols and lost civilization articles flooding our timeline daily yet maybe you want something more?

Have you ever wondered what it feels like to connect firsthand with places of power and actually feel the numinous energy (still present) at these ancient sacred sites?

Or maybe you’ve always wanted to travel to these culturaly rich destinations and investigate the remnants of their ancient ruins – but never had the chance? 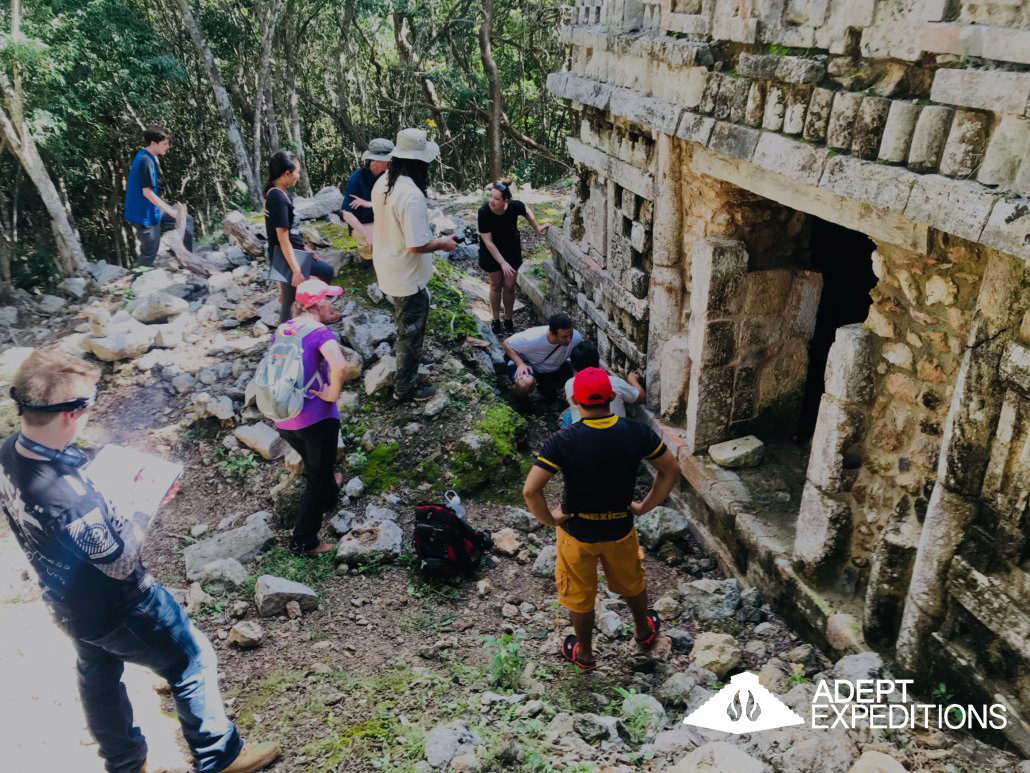 If you are feeling called to climb pyramids, interact with temples and study the symbols left behind by the mysterious Mayan civilization, or even if you are just up for joining an esoteric expedition that will expand your consciousness… then read on, because this trip is for you! 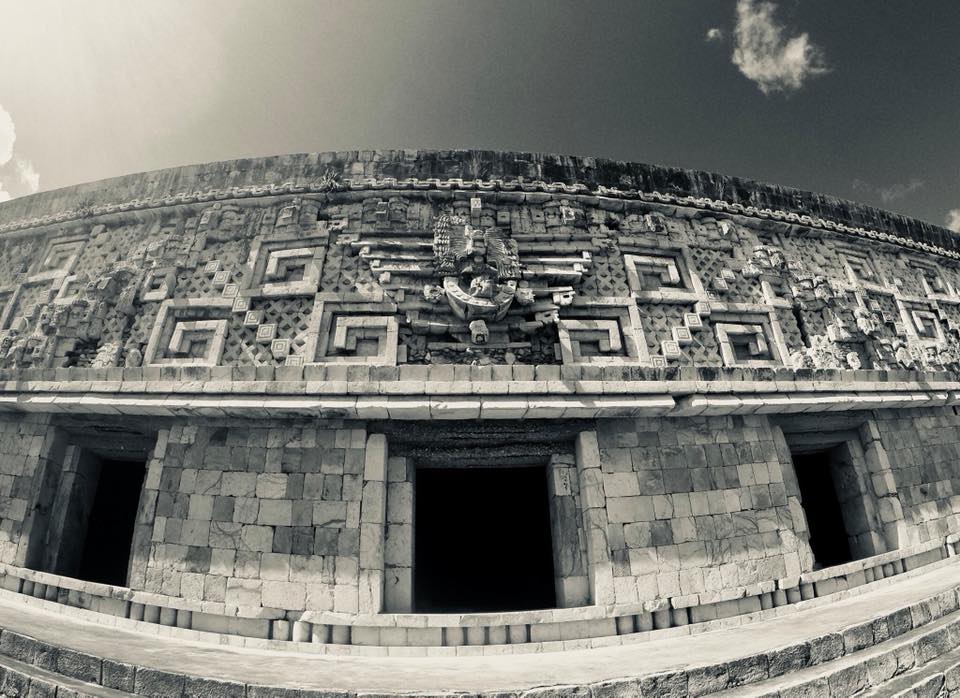 BACK BY POPULAR DEMAND:

Our signature community adventure & study trip is back again!

Now is the time to discover yourself on the Yucatán penisula, in the heart of the jungle investigating the ruins while in tandem deepening your understanding for the indigenous traditions. Together, we’ll explore some of the mysteries that resonate with us the most: THE MYSTERIES OF THE MAYA!

But here’s the kicker… 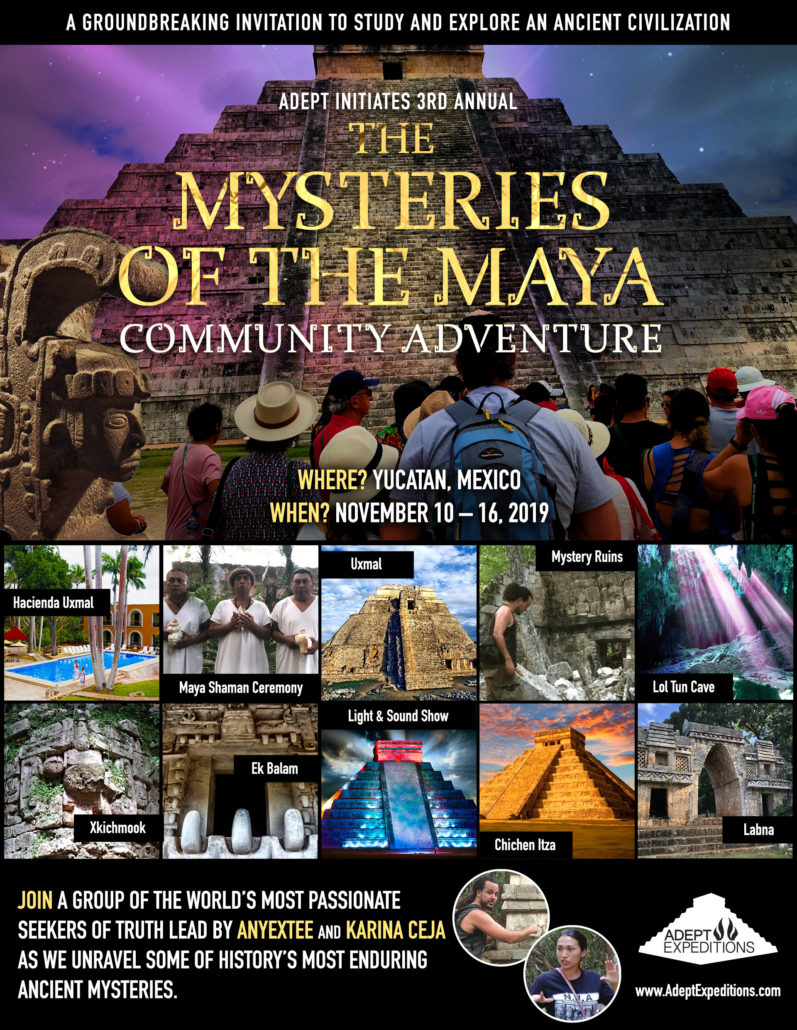 We’re not just observing the ancient Maya ruins as sightseers on a casual tour – but a groundbreaking ADEPT EXPEDITION where you’ll be a crucial part of the team!

You see, this is not your typical spectator tour…

For starters, this tour reveals mesoamerican wisdom teachings, symbolist intepretations and esoteric aspects of Maya culture that most major tour operators are not even aware of…

Further, you’ll begin viewing this ancient civilization through the eyes of a trained Symbolist as we point out and explain exactly what to look for.

You’ll experience the secret teachings of the mesoamerican ball court at Chichen Itza, immerse yourself in the underground meditation chamber at Grutas de lol Tun and we’ll practice sacred sound codes known in esoteric traditions to evoke physic centers that stimulate glands that correspond to the mystical experience. 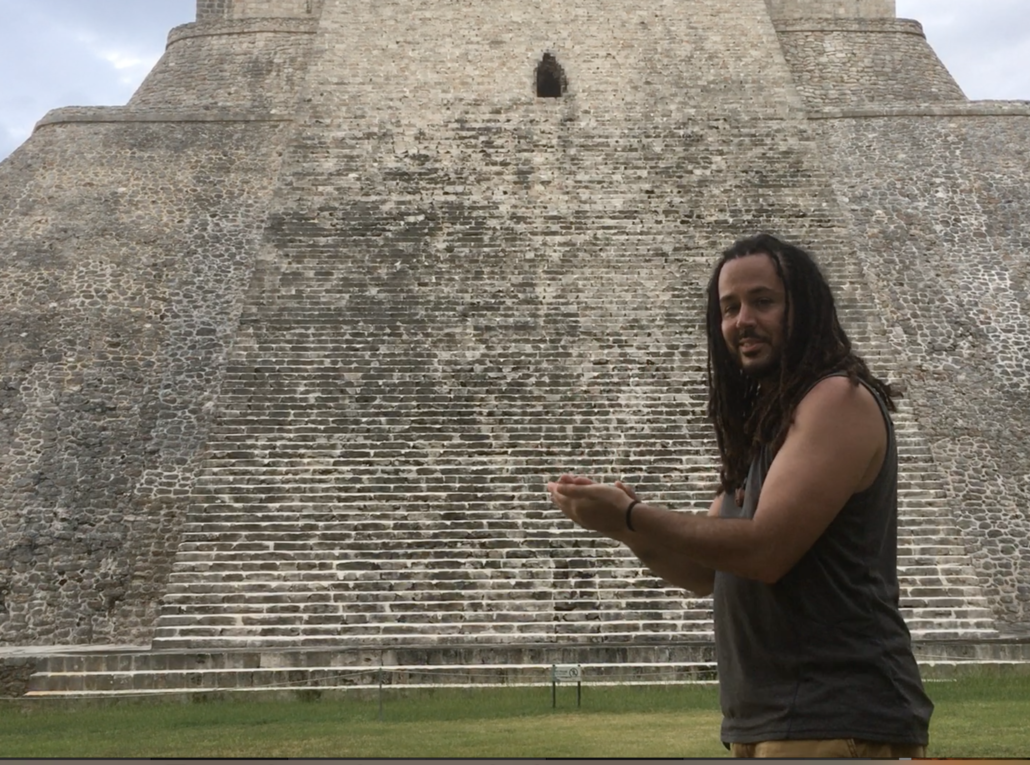 As you can see from the image above you’ll have the opportunity to experiment with acoustic phenoma encoded in the Maya pyramids and temples. And if time permits we’ll do a bit of dowsing to test subtle earth energies at the so-called cemetrary of Uxmal.

You’ll feel more like an active partipicant rather than a guest as you uncover the archaeological evidence of the Maya’s sacred science and eternal philosophy behind their art, architecture, and oral traditions. You’ll join us to embark on a mission to piece together the fragments of this ancient puzzle: 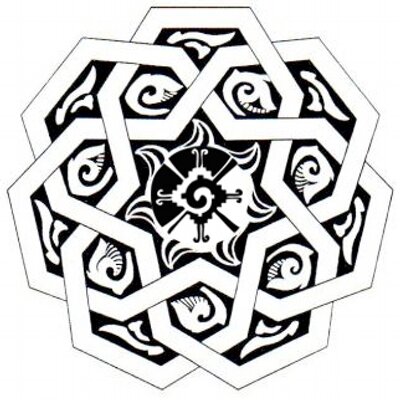 We’re Traveling Off The Beaten Path to Investigate Hidden Ruins Few Eyes Have EVER Seen! 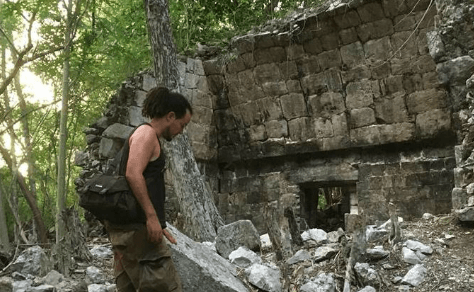 AS ABOVE SO BELOW: 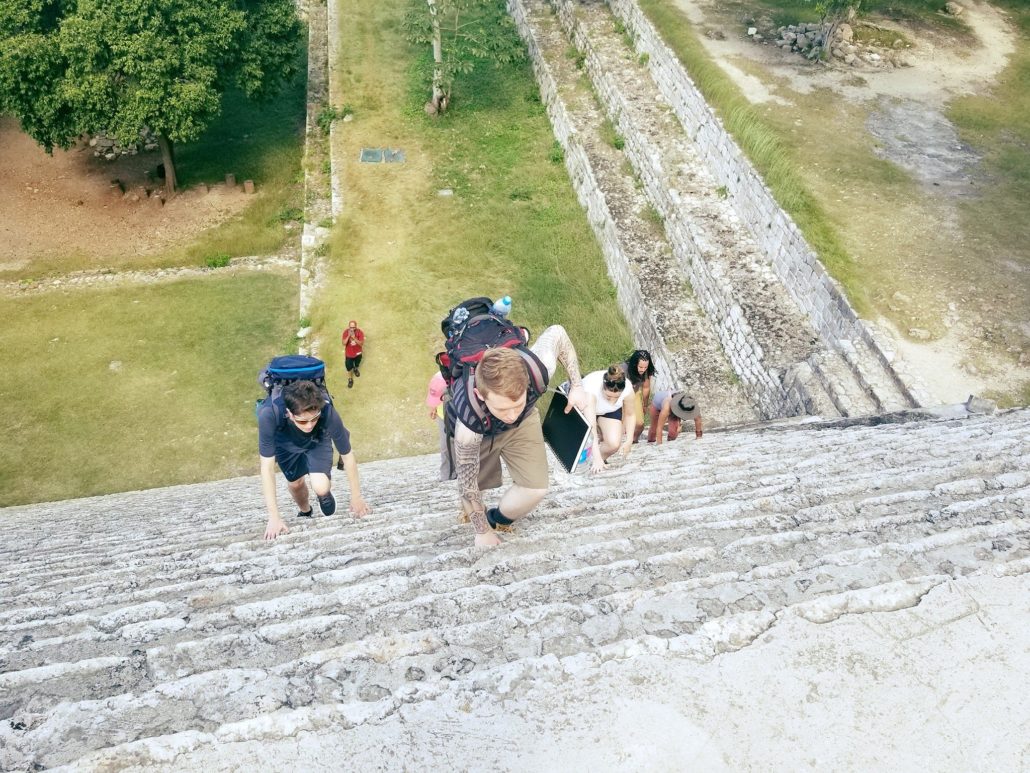 But we’re also descending DOWN into a cave system to raise the vibration from deep below mother earth’s surface! 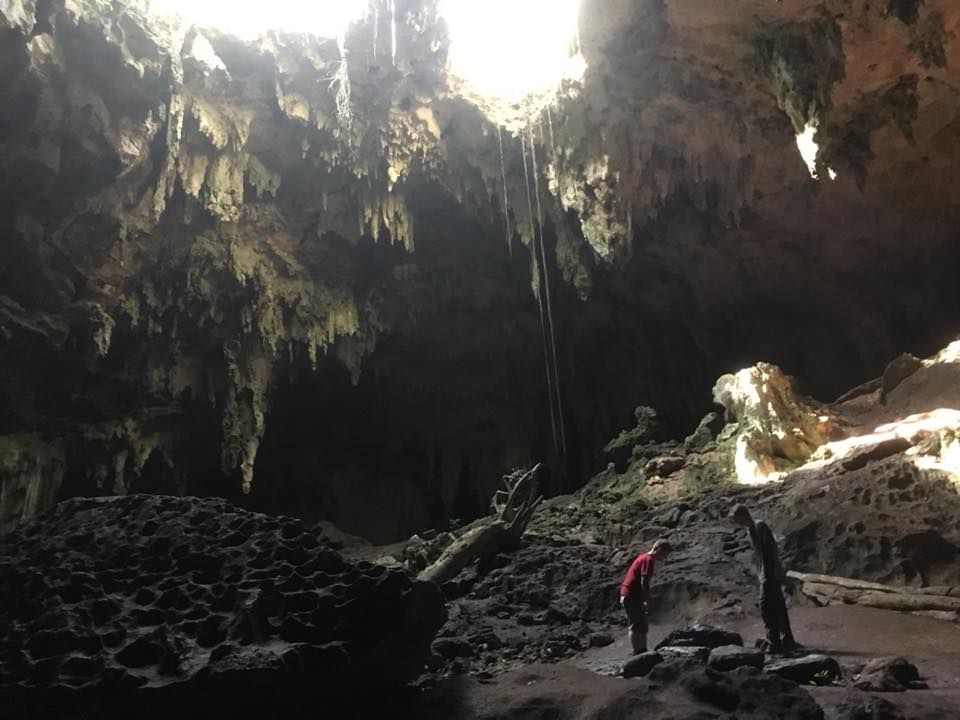 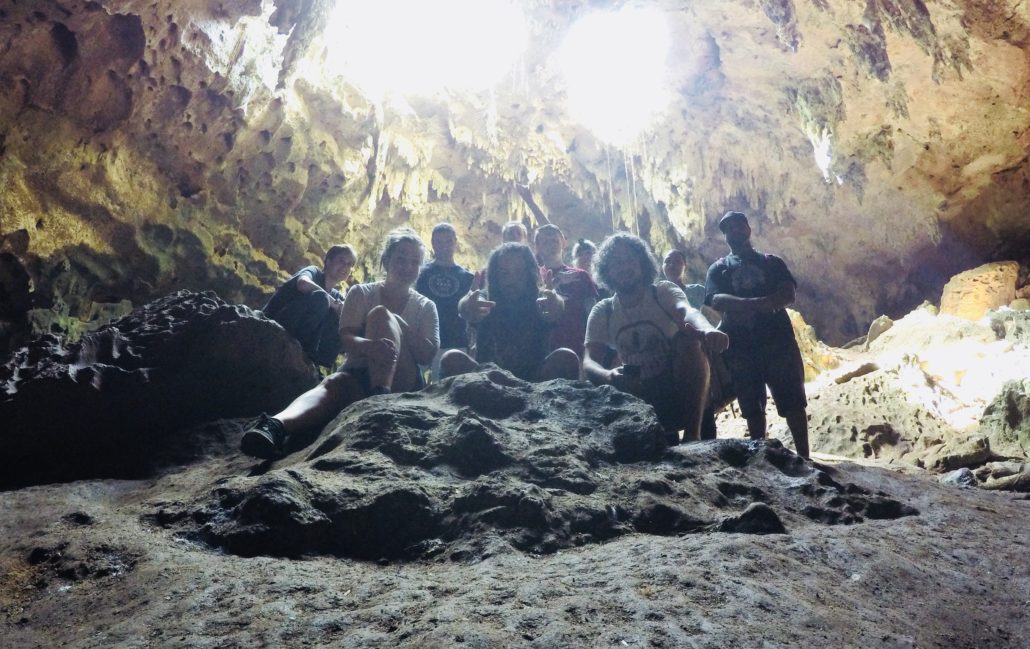 We’ll explain why the caves underground were just as significant if not more than their temples above ground. So to round out our Mayan you’ll delve into the Mayan Underworld ‘Xibalba’ at Lol Tune Cave.

These catherdral-like underground chambers were not only inhabited by the classic maya but also by paleolithic forerunners 1000s of years before them.  You’ll find evidence of Olmec progenitors at this cave. This implication only adds to the mystery as scholars claim that the Olmec mother culture did not inhabit the Maya low lands. We’ll investigate the depths of this mysterious cave and it’s many mysteries:

THE MYSTERY OF THE HERMIT AT LOL TUN CAVE 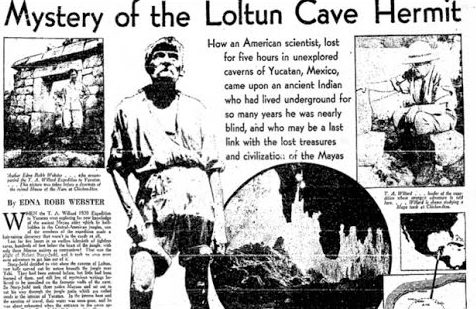 In 1931, the renowned archaeologist, Stacy Judd found himself himself lost deep inside an unexplored cave in the Yucatan Jungle. When he had given up hope of survival, a blind Mayan Priest claiming to be a 1,000 years old emerged from the caverns and led him back to the surface before disappearing. Sound like a Hollywood Blockbuster? Believe it or not, it’s a newspaper report from the Modesto Herald dated January 3, 1931

In my research I came across Stacy Judd’s notes referring to the Hermit. Have a look for yourself: 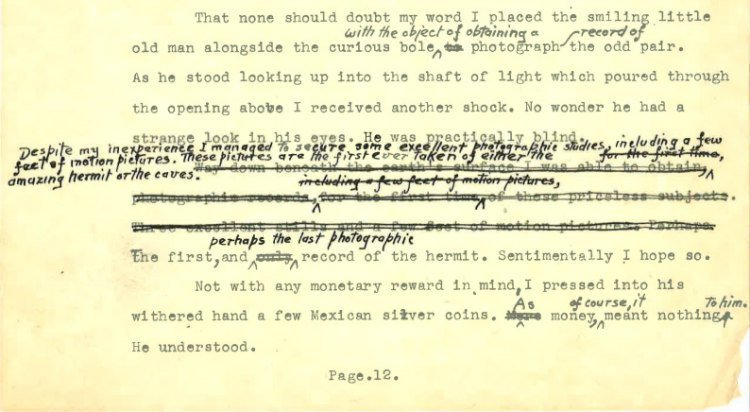 ADVENTURE BECKONS BELOW THE SURFACE: 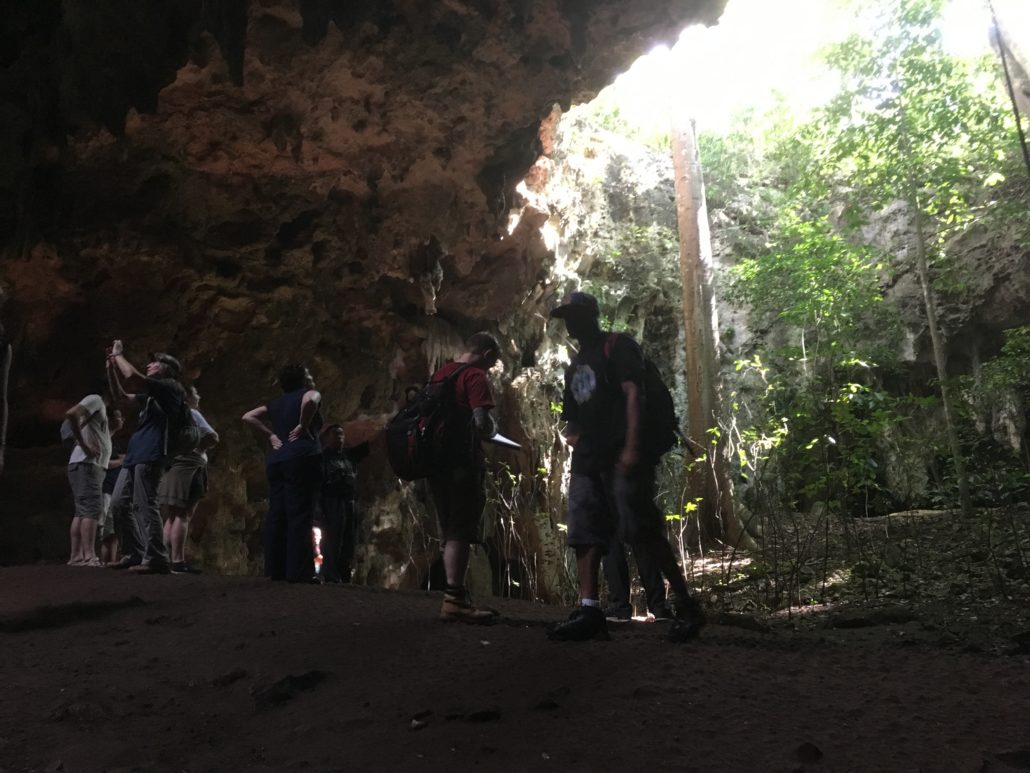 Through penetrating the underworld the vestiges of shamanic rituals and archeological artifacts are discovered thus providing us with insights into the ancient way of life.

Inside the cave’s chambers you will see wall carvings and discover ancient paintings. You will get a chance to see the so-called Olmec head. What else will we find on this trip? What conclusions will we come to? 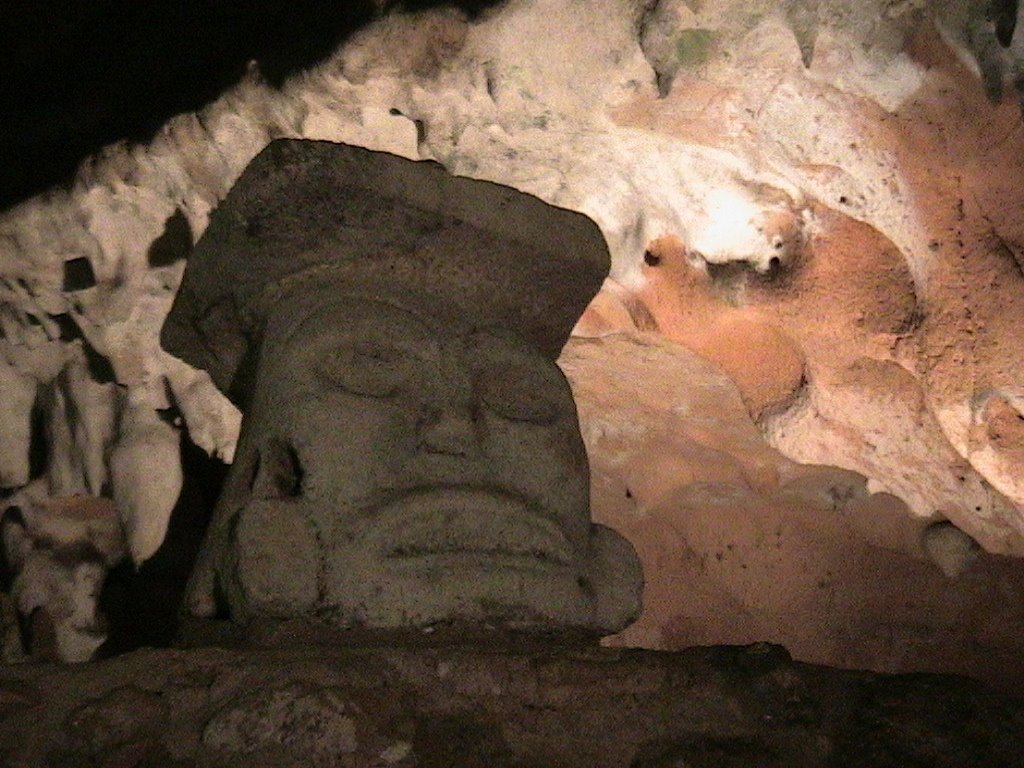 Just like the ancient art we find inside of the cave’s chambers, the exterior walls of the Maya’s decorative temples house their own enigmatic messages… 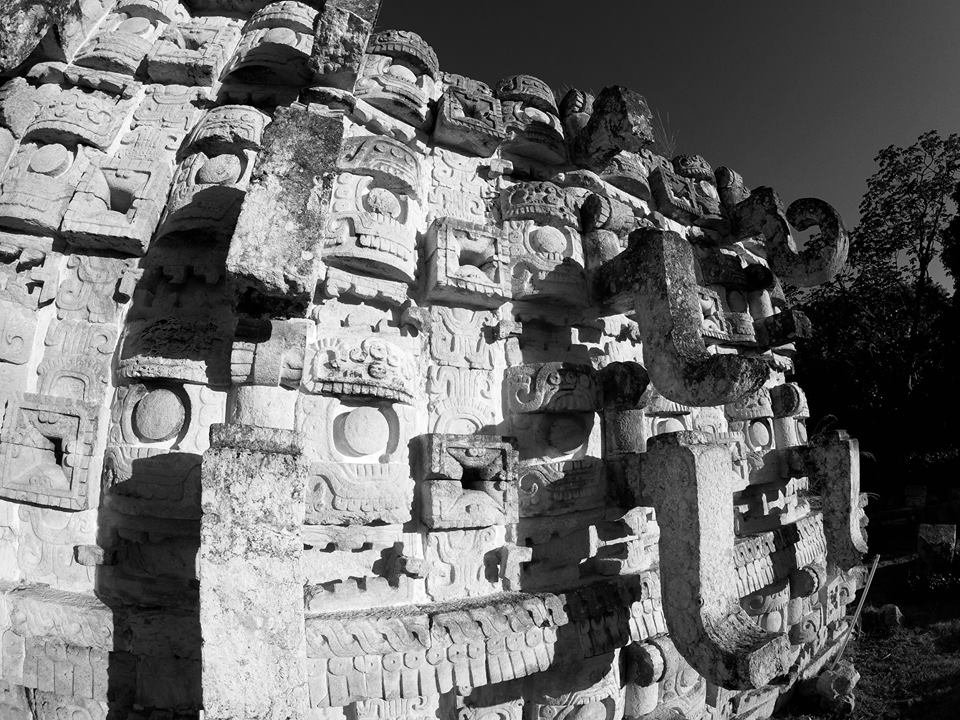 You’ll develop a deeper for sacred art and architecture and come to experience firsthand how the spiritually advanced Maya were masters of time and measure. 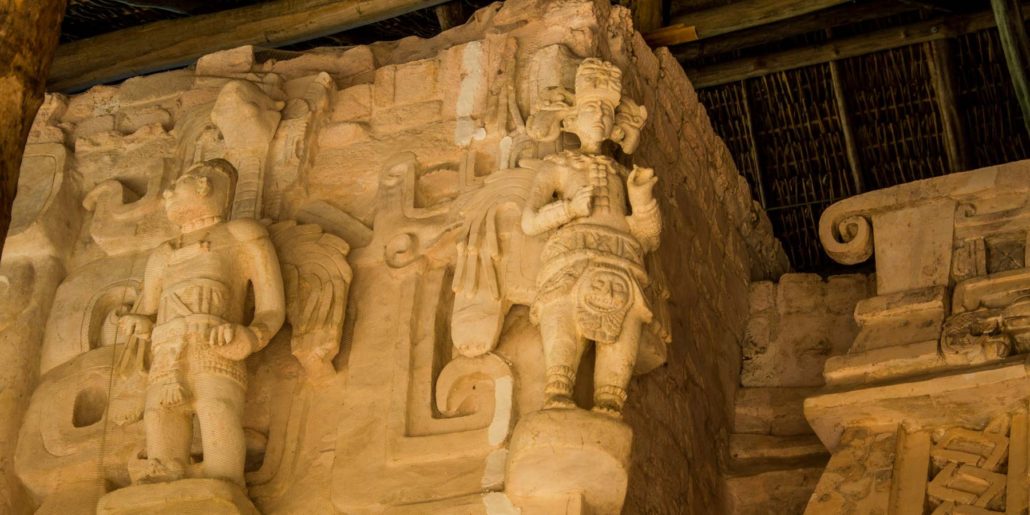 As metaphysical masters of masonry, the Maya intentionally encoded their high wisdom in stone leaving behind enduring geometric messages that Mayanists have only decoded a portion of to date. This calls for our attention – and the eye of a symbolist!

One of our main focuses on the MYSTERIES of the MAYA expedition will be studying their symbolic glyphs and identifying the repeating patterns we see appearing over and over again in Mayan art and architecture.

As we advance through the temple sanctuaries, ascend pyramids and delve into the cave several questions will come to mind: 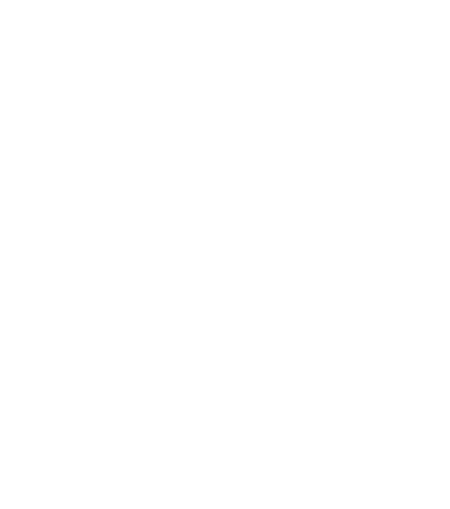 And You’ll have our team’s experienced tour leaders and passionate speakers, Karina Ceja and Anyextee right by your side! 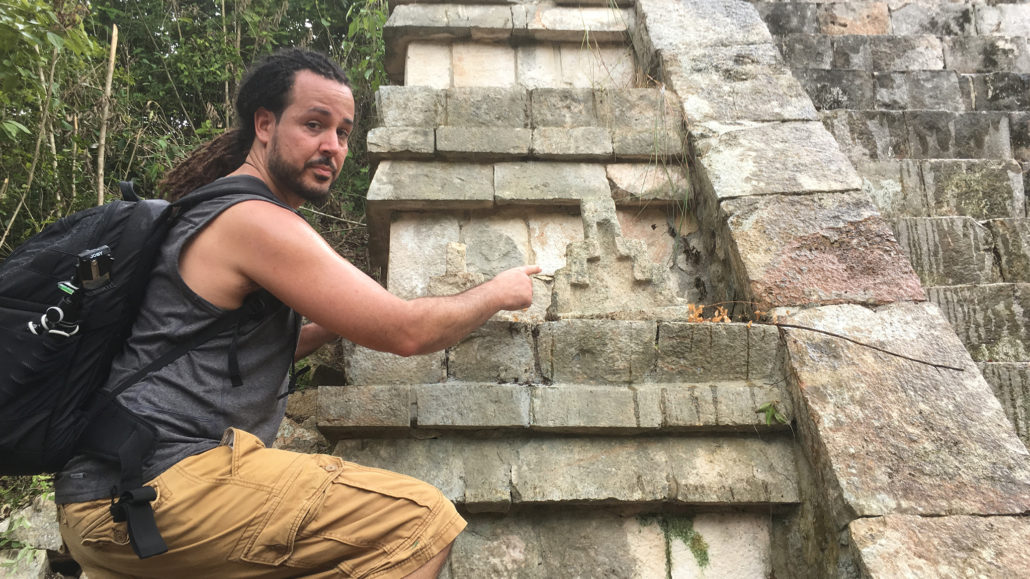 By the Time this Week-Long Journey is over…You’ll Develop A Deeper Understanding For The Mysteries of the Maya.

Spots For The Mysteries Of The Maya Expedition Are Running Out FAST! 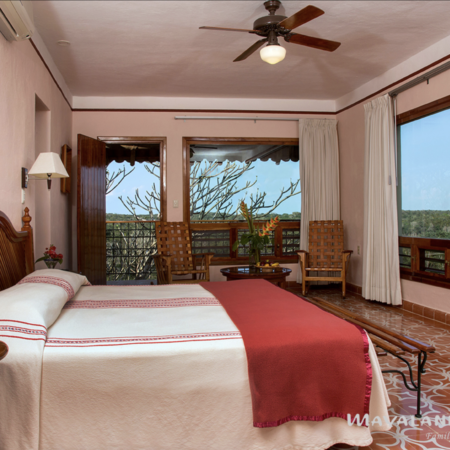 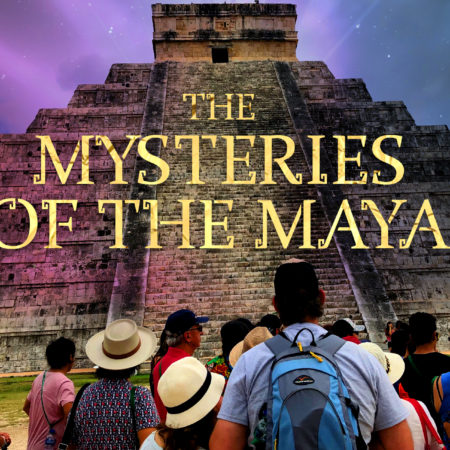 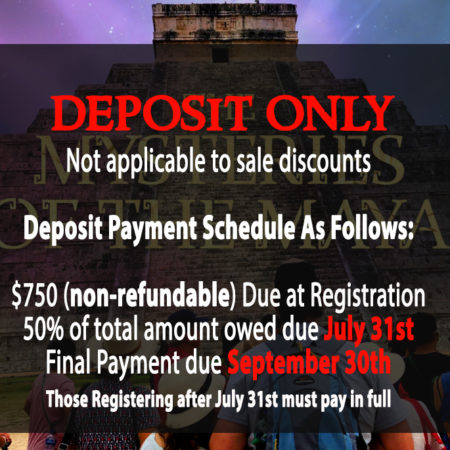 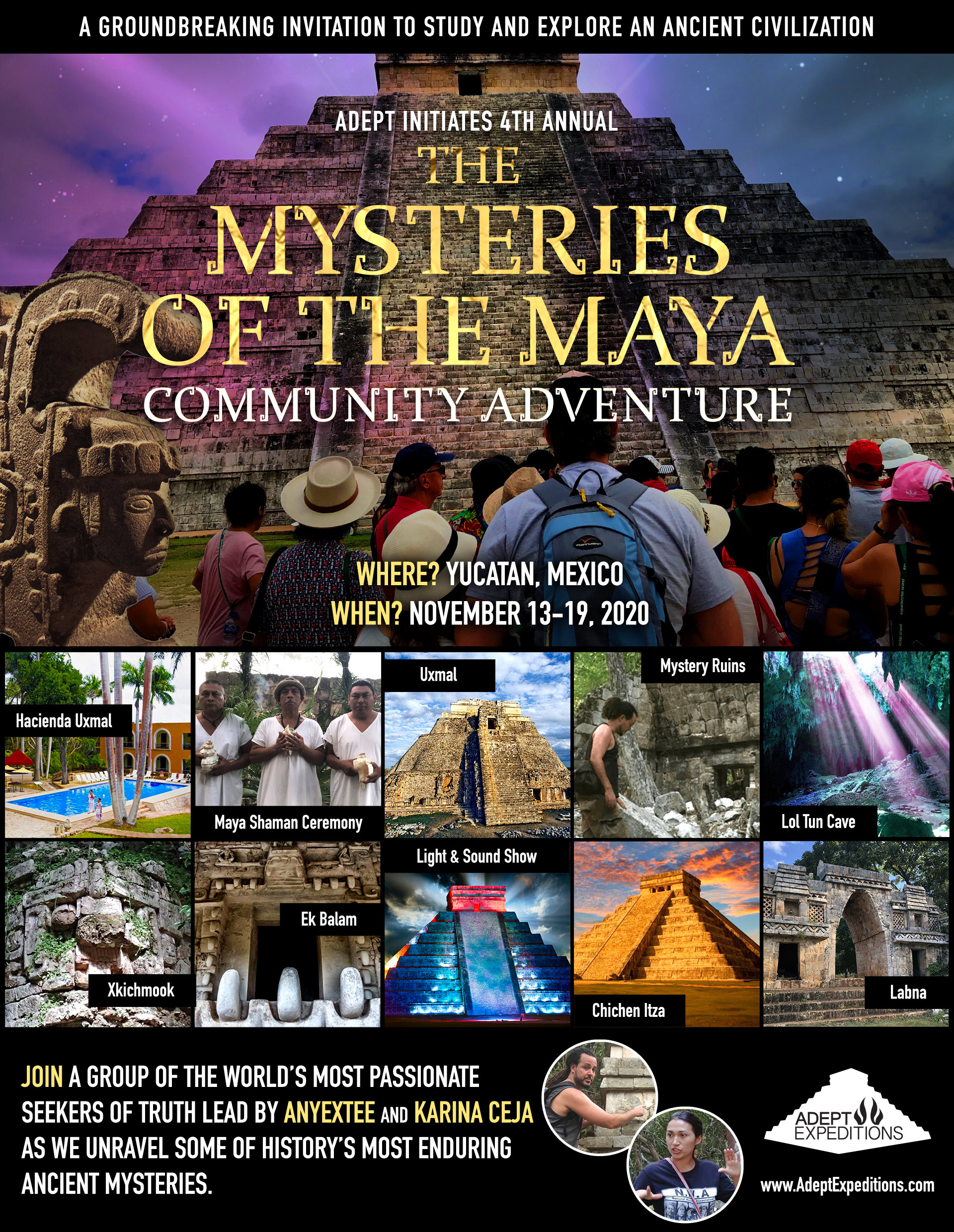 Adept Expeditionshttps://adeptexpeditions.com
Previous Post
The Hidden Entrance To Chichen Itza They Don’t Tell You About
Next Post
Kabbalah and the Traditional Martinist Order: The Sacred History of the Rosicrucians – (Part 6) 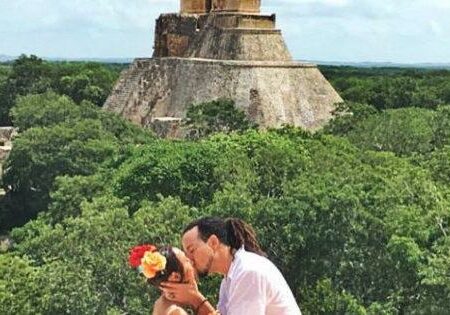 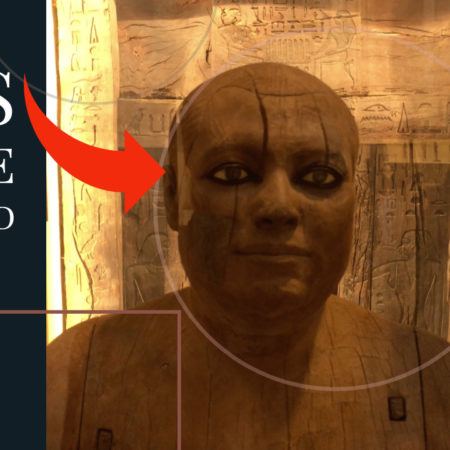 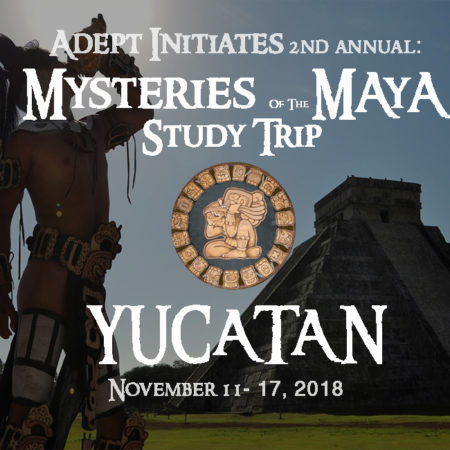 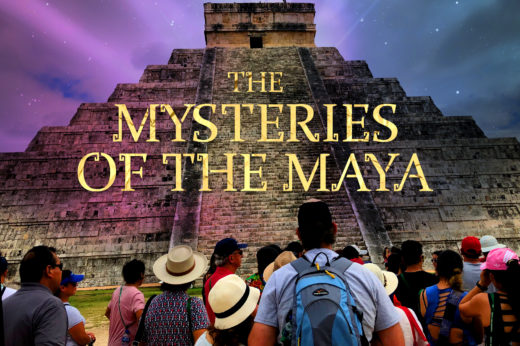 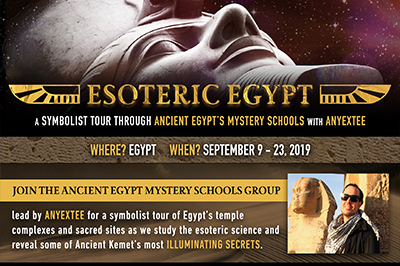