On The Road Again

The last week of July we had a powwow to attend. It was in Oregon, a state known for its lush vegetation, we had been exploring there before. This time around the destination was not marked, it was about the journey. Unbeknownst to us, the energy flow with the new cargador or Maya charger for the year was that of EB or E which is ímpregenáted with the energy of travel and new spiritual guides or teachers showing up on your path. We had quite the adventure on our travels. Subsequently, I will make a follow up blog detailing our adventures both in Oregon and Winnemucca.

~Nahuatl the language of the Mexika(Aztecs)~

Necoc Yoatl in Nahuatl translates into the enemy of self

Getting to the Powwow was an easy and great ride but along  the way we did experience some opposing forces and felt quite unsettled by them. There was a push and pull going on, the force of creative destruction was working through us. At first we could not see it, we could only feel the disconcerting energy that rested in our hearts for two days and I knew that there was a deeper meaning. In the end being able to look beyond the trees was the best option, when you become identified with the exoteric it lives in the esoteric. It is always best to transmute an energy instead of pushing it to the side where it will wait to eat at you later.

When hardships arise don’t dwell on them for longer than needed or sweep them to the side, instead learn how to work with them and extract the lesson. Just as we should try not to waste food, I don’t waste lessons. Learn how to recycle cosmically.

Energies were shifting and destiny was being fulfilled. The Yucatek Maya New Year celebrations had passed but because we were traveling I had no time to research what the energy charger for the year was. I was itching to find out.

“We learn geology the morning after the earthquake.” (Ralph Waldo Emerson)

We have many past lives in one single reincarnation, they are disguised as cycles of time. I was ready to give up my past life of living with sickness (caused by a devastating autoimmune condition) for the last two years. I thought that this time around I would try something different. Sometimes we need extra guidance, even “teachers” have teachers.

Temachtiani: The One Who Teaches

Temachtiani in Nahuatl translates into teacher

I consider everyone a teacher, we are all constantly learning from each other. I have learned from many architects, teachers of the past and present; I have also self initiated a life long wisdom producing journey as a result of my experience. But to have a teacher, one who resonates with your life’s path, is another thing. We all need teachers who resonate with us within our life times, people who inspire us and who create a ripple within our universe that changes our course in life forever. I had met my now mentor a year ago but was not officially bestowed with the honor of being claimed as a student, that changed the last week of July.

In paraphrasing the words of Galileo Galilei:

No one is extraordinarily devoid of knowledge that he or she could not be learned from.

After getting up on the last day of our stay of camping at the powwow, we set out towards our new destination-America’s second oldest petroglyphs. We had already seen the petroglyphs in Winnemucca, those being the oldest. Well fate had it that our destiny was to become lost in the rugged desert terrain of Oregon’s Outback which put us in a potentially treacherous situation. We had to abort the mission for the time being.

Once in our hotel, after an exhausting and perilous day, I laid on our hotel bed thinking of our risky mission. I thought maybe,“this is it”. I knew that I had not eaten a decent meal or slept properly for week and no doubt my mental faculties were faulty since I was up pondering at 2 am in the morning. Waking up was a different story, it is never over! The journey was frought with peril and uncertainty but we didn’t die!! Is that not what matters? 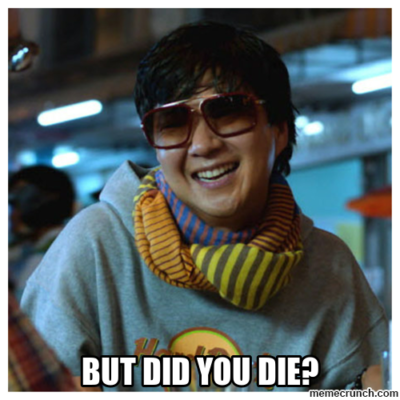 Exploring the desert brought the medicine that I needed. I like the indigenous phrase mujer medicina, which can be translated into medicine woman or the way that I see it is that you are medicine. Without moving any of the words in Spanish around to be grammatically correct in English, you are left with- Woman Medicine.

Once you have purified yourself extensively the medicine is not to be seeked without but within. You become medicine. The desert is a wonderful place to make medicine and to stay in a perpetual state of self-reflection, provided that you have plenty of water! The jungle leaves hope in the mind of the traveler. The vegetation that covers the next bend instills a sense of prospect that salvation may come soon. In comparison, the desert is a vast openness where all is before you and you come face to face with the realization that you are your only salvation! You are facing Tezcatlipoca.

Wooden Leg, a fierce Cheyenne warrior who fought in many historical battles against the colonization of what is now called the US, eloquently explains what it means to “make medicine”:

“To “make medicine” is to engage upon a special period of fasting, thanksgiving, prayer, and self denial, even of self torture. The procedure is entirely a devotional exercise. The purpose is to subdue the passions of the flesh and to improve the spiritual self.”

The Maya New Year, in the Yucatan, starts every year around the fourth week of July. There is a day in between, called the day out of time. The Maya solar calendar, the Haab, consists of 18 months and in each month there is 20 days. The count is 18×20=360 and there are five extra days called Wayeb which constitute the shortest and most sacred month. The Tzolqij or Cholqij calendar, which tracks the human cycle, has 13 months and every month has 20 days.

In Yucatek Maya, the word Way means to dream or sleep. Way is also used to describe a process of transformation or anthropomorphism/nawalism. EB is an aggregation that pluralizes time, so then adding together Way and EB equates to the transformation of time.

During the (Wayeb), which includes the day out of time, the Maya use rites of purification and meditation to release the energy of the past year and realign for the new cycle. This five day period is used to connect with the great spirit and be one with mother nature. You should think about and harmonize yourself with the cosmic cycles. If you do a ritual make sure to honor the four elements; water, air, fire, and earth.

The Maya tradition of Kaan IIK Kuul is of a serpent that both radiates in the ocean and in the sky through the constellations. There is a legend that says a serpent is imprisoned in a vault and then let out. This scenario produces extreme heat. Typically it only last one Winal or 20 days but it has been known to last two Winal or 40 days. When the serpent returns to its position the rain pours to bring new life and it overflows the lands. It is a similar theme in Egypt with the Planetary New Year when the alignment of Sirius (the spiritual sun) arises near the location of the sun at the same time. This is a time when earth has two visible suns in the sky. 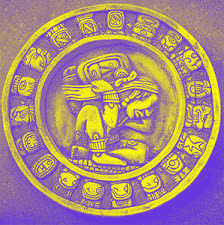 The Maya cargador or charger which can also translate into carrier, stays in perpetual rotation, changing every year. According to the K’iche’ Maya there are four primary energy chargers; these are E’, No’j, Iq’, and Kej. We can see the image above in which the figure carries on his back a glyph depicting an energy charger. In this solemn lifting motion the figure becomes the time carrier-courier.

The cotton or ixtle fiber band around his head is called a mecapal or mecapalli in Nahuatl. By securing the mecapalli on his forehead and shoulders, the weight is distributed evenly throughout the whole body helping to protect the carrier from injury. These bands helped traveling merchants carry their product from region to region. Their use goes back to Pre-Hispanic times.

This year’s energy charger is EE (E) the glyph/nawal/charger that symbolizes destiny. It is the sign that leads us towards a righteous path which will ultimately guide us towards the mission we were born to fulfill. For those who are on the track of becoming a teacher or guide this is the year for growth.

This is the glyph of the -Ajq’ij or spiritual guide. It is the coming of a great friend one that leads with good examples, a person who can serve to guide you through the material and spiritual. It is imperative that we let ourselves be receptive, kind, and respectful todwards our superiors. This year also implores that we recognize our elders and cherish them. It is important to release ourselves from envious cycles. Respect your elders, teachers, and guides. This year it is important to strengthen family bonds and friendships. Of course, it is also wise to keep karmic debt low. Do no harm and you shall not be harmed. This energy charger can also get entangled with karmic cycles. It is also advisable to use this year to do good work or change careers.

At birth in, Mesoamerican tradition, everyone was given a Nawal according to astrological alignment. It was their form of bestowing life guidance to an individual. As a nawal E, symbolizes destiny, travel, and trajectory. Those born under this sign are kind, hard working ,joyful, and secure.

Iterpretation of the E or EB Glyph: Maya Fraternity La-Juj-Noj